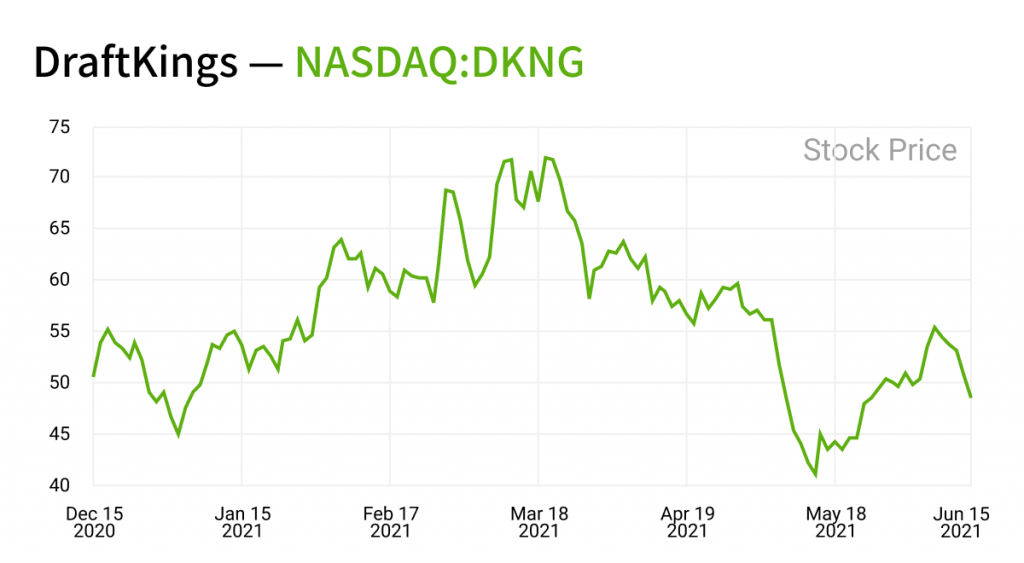 On June 15, Hindenburg Research released a report accusing DraftKings of ties to the black market — sending its stock down as much as 12% before recovering most of its losses.

What’s the big deal? DraftKings is the poster child of sports betting — and a top 20 holding of Cathie Wood’s ARK Innovation ETF. Its stock is up 140% since going public over a year ago.

Hindenburg’s report shines a darker light on DraftKings, which merged with SBTech, a Bulgarian sports betting company as it went public. According to Hindenburg:

How bad is the damage? According to Benjamin Chaiken of Credit Suisse (via TheStreet), SBTech will have minimal impact on DKNG even if all of SBTech’s sales were lost.

Hindenburg famously called out electric vehicle maker, Nikola, for fraud. But they also had other calls that worked against them. It’s important to know that Hindenburg has a short position — which benefits if DKNG goes down. Take the info with a grain of salt.

Investors: Doesn’t mean DraftKings is out of the woods yet. DraftKings faces intense competition and is not expecting a profit for years. But analysts are overlooking that for potential growth in the legalized sports betting industry.

Dive deeper: DraftKings’ biggest risks and everything you need to know to catch up to the sports betting industry.