Digging into the numbers behind Coinbase’s QR code ad 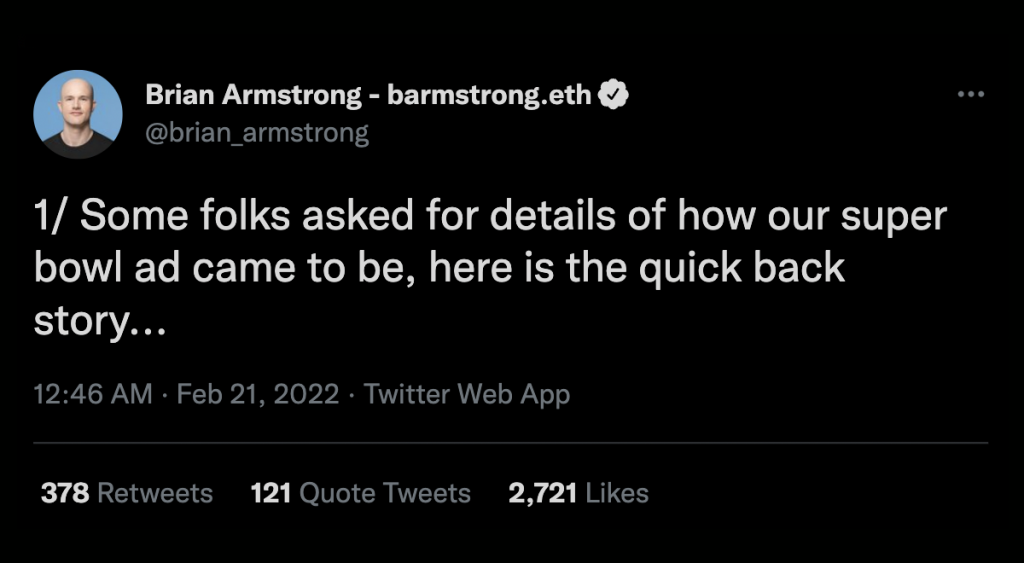 The Rams won the Super Bowl this year — but the real champion might be Coinbase (NASDAQ:COIN) with its ingenious 60-second ad of a bouncing QR code — which took down its app and led to a 309% jump in app installs.

The numbers behind the ad: Let’s analyze the returns behind CB’s Super Bowl ad, taking the following into consideration:

Here’s what we get…

But considering all the media exposure, we could expect these numbers to be on the lower end. By all metrics, the ad was a success — but does this translate to a higher stock value?

Stock price impact: One single marketing campaign rarely moves a stock — but from this case, CB may report an unexpected jump in users in the coming months.

Tomorrow, we dive into what investors could expect from the crypto markets in March/April…