DiDi Global, the Uber of China, drives into disaster after going public – The Average Joe

DiDi Global, the Uber of China, drives into disaster after going public 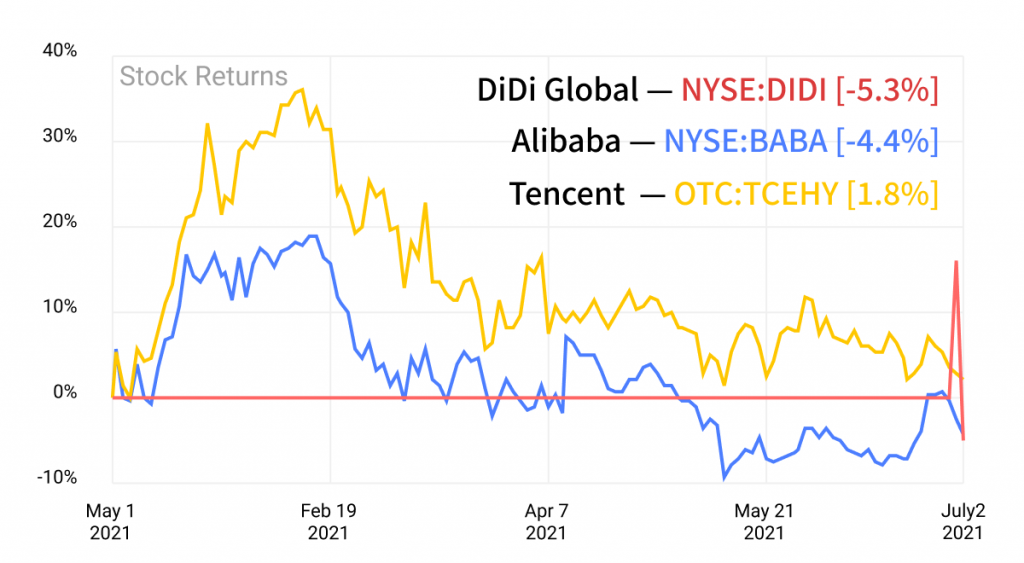 On June 30, DiDi (NYSE:DIDI), the Uber of China, went public in the US market. Two days later, the Chinese government ordered the removal of Didi’s app from Chinese app stores for issues related to collecting/using customer data.

What’s the big deal? China is going after the largest Chinese tech companies — making sure they play by the rules to prevent them from getting too powerful. As the largest ride-hailing app in China, DiDi is no exception. In the past few months:

Given the big regulatory threat, many of these have underperformed the market average in 2021.

The bigger picture: The common thought among analysts — the threat isn’t going away in the short term. Here’s how different analysts see the future of Chinese tech stocks (via WSJ):

Looking forward: Many of these tech giants are still growing at breakneck speeds and Jack Siu of Credit Suisse sees investor interest picking up near the end of 2021 if China’s policies become clearer.