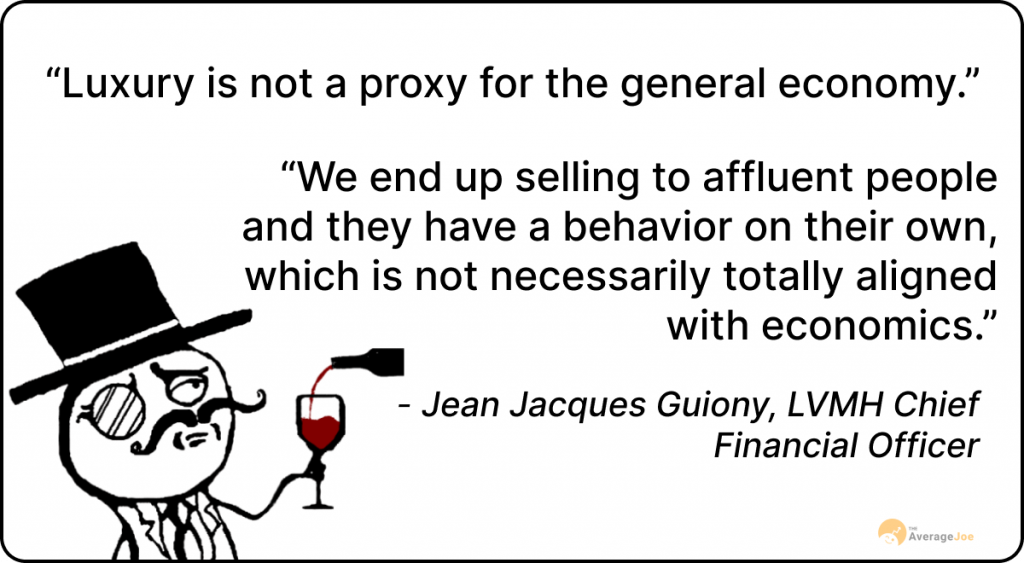 40% of US consumer spending comes from the top 20% of households. In past recessions, the wealthy slowed spending less than other consumers.

They’re also getting richer. Last year, global financial wealth grew by 10.6%, and the top 1%’s percentage of US wealth continued to rise. Which brings us to one online luxury marketplace in particular.

Farfetch (NYSE:FTCH) is a UK-based luxury apparel marketplace. Brands and boutique stores come to Farfetch to sell goods, and the wealthy come to part with their millions. 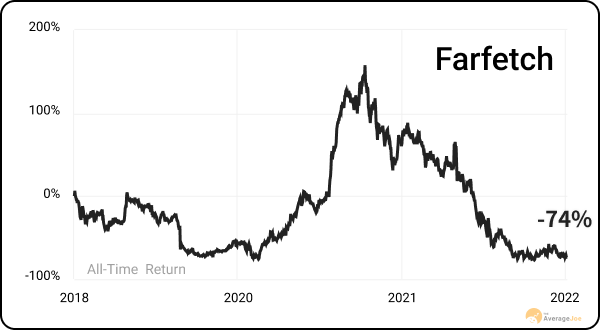 It’s been a tough year for Farfetch. $FTCH is down 90% from its peak, and the (once) high-growth tech stock has been hit from all angles.

They only have $675M left in the bank as of last quarter. At their current burn rate, they’ve got roughly just under two years of cash. Eventually, they’ll have to raise money, which could dilute existing investors 📉.

Investors are concerned about a potential decline in the luxury market (no signs yet), and a broad market decline could take $FTCH even lower.

That’s a lot of bad news. Where’s the good? 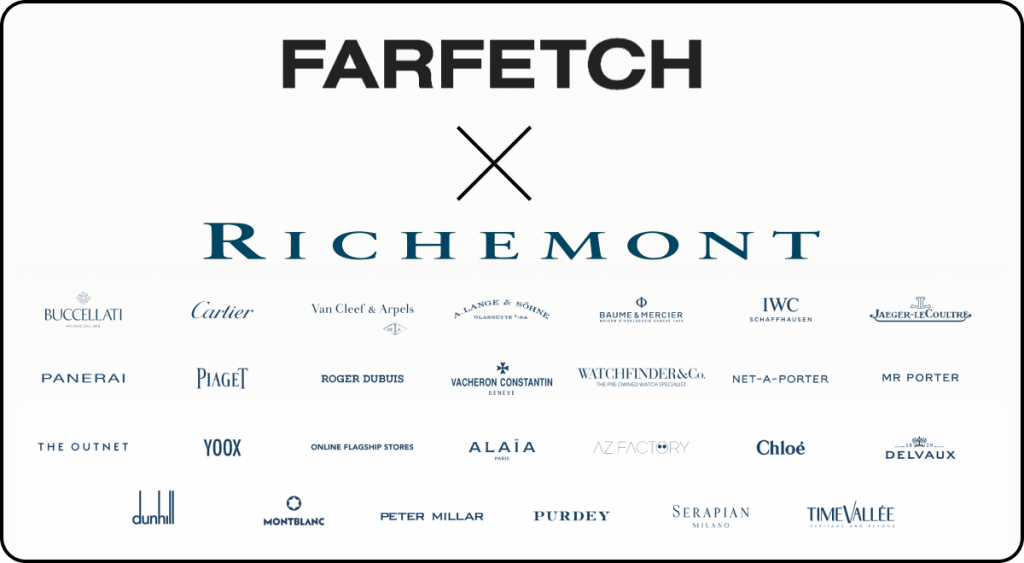 Farfetch put its eggs in a major acquisition. In August, Farfetch said they would acquire 47.5% of Yoox Net-a-Porter Group (YNAP), owned by luxury behemoth Richemont.

Being the calm investors we are, we don’t react to news, right? Instead, we take the time to see how things play out.

Why does the acquisition matter? Richemont owns dozens of luxury brands like Cartier, Montblanc and IWC. With the deal, Farfetch will offer many of Richemont’s brands on its platform.

Farfetch also has the right to buy the remainder of YNAP, and Richemont will own 10-11% of Farfetch after the deal closes.

Several analysts see the acquisition as a home-run for Farfetch:

At a $2.6B market cap with a 1.2x price-to-sales multiple, levels significantly lower than their COVID highs, Farfetch still looks like a highly speculative investment.