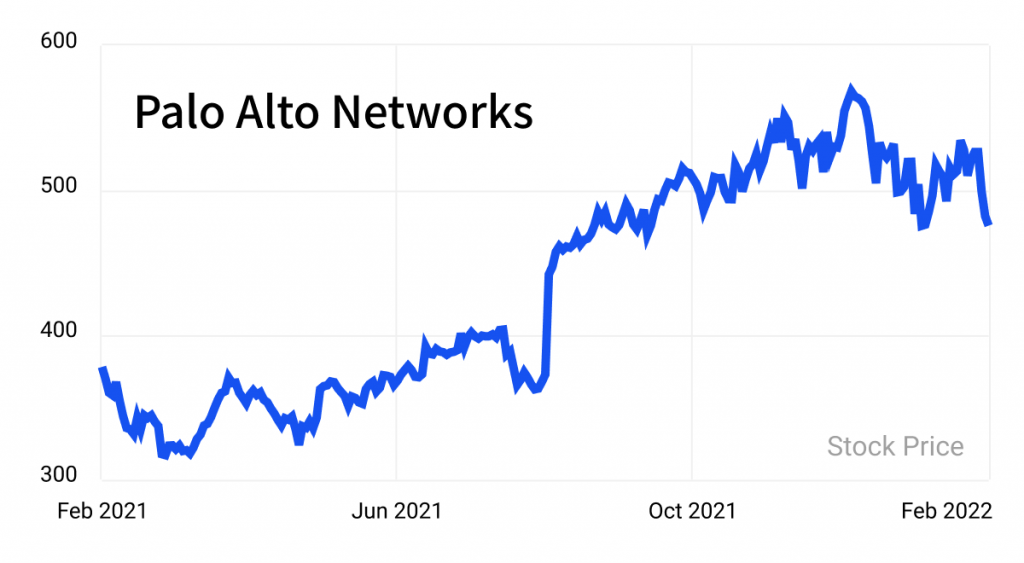 Yesterday, Ukraine confirmed attacks on its government and bank websites — and security experts are worried the US could be the next target…

What’s the big deal? So far, known cybersecurity attacks have been against Ukraine, but US sanctions on Russia could provoke cyberattacks on the US.

Jim Langevin, a senior member of the House Armed Services Committee, is preparing for retaliation from Russia (via WSJ):

PANW’s metrics were firing on all cylinders — its CEO anticipating “strong cybersecurity demand” and organizations preparing for a “hybrid work” environment.

9 picks: Alongside PANW, Dan Ives of Wedbush lists other names likely to benefit from attacks (via Barrons):

More industries, including logistics, are moving operations online — increasing vulnerability to attacks. On Sunday, Expeditors, a Seattle-based shipping and logistics company, was hit with a cyberattack that shutting down its operating systems.

With 360 ports and 3,500 maritime facilities responsible for ~¼ of US GDP, the importance of cybersecurity is only increasing.