Companies are hesitant to bring back the dividend – The Average Joe

Companies are hesitant to bring back the dividend 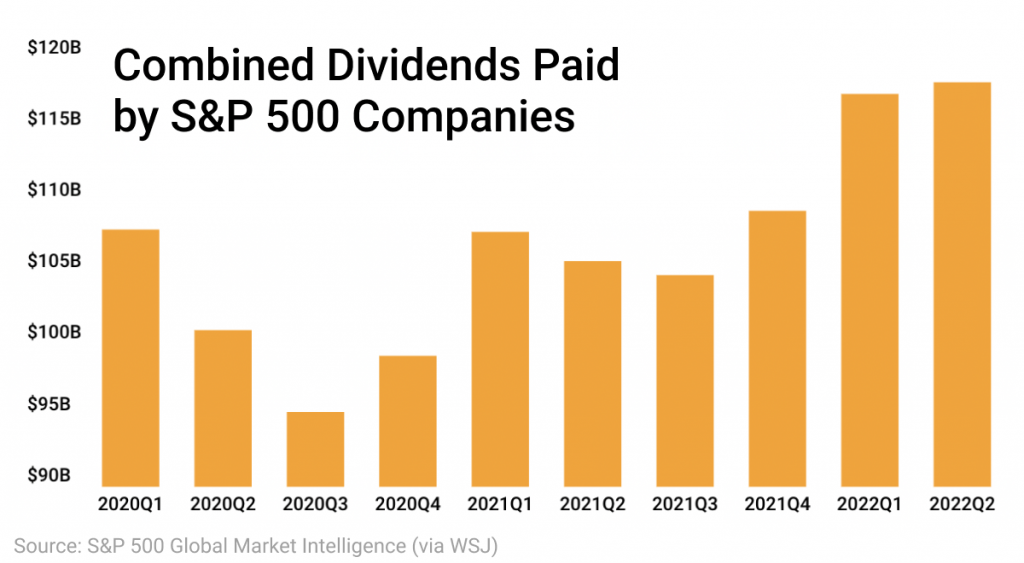 To conserve cash at the start of COVID, nearly 190 U.S.-listed companies stopped paying dividends. Seventy-two of those companies still haven’t brought back their dividends, including:

Not an easy decision: With a recession hovering over the economy, the decision to bring back dividends has become even more difficult for companies. Save for a rainy day, pay down debt or return capital to shareholders?

Once a company implements a dividend, investors typically don’t like it when companies take it away. An uncertain economy has also made many hesitant to fully bring back their dividend.

Positive signal: Dividends are often seen as a signal of strength in a company. Per Senior Portfolio Manager Diane Jaffee — “the dividend is a big signal of confidence, management, commitment and governance” (WSJ).

But not paying a dividend doesn’t necessarily indicate weakness in a company. Growth companies prefer reinvesting into growth, and tech giants opt for stock buybacks.

In the current market, conserving cash or paying down debt as interest rates rise could prove to be a better use of capital.