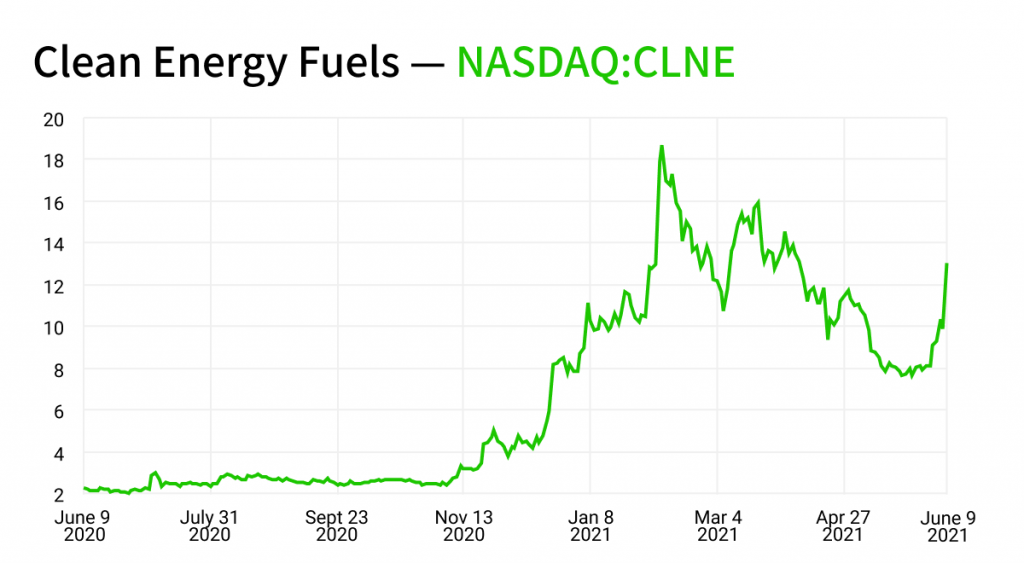 Clean Energy Fuels stock jumped 30% yesterday — as one of the most discussed stocks among Reddit communities. CLNE is a natural gas distributor in the transportation industry with over 550 refueling stations across the US/Canada.

The bigger question: Is RNG the way to go? In recent years, energy sources like electricity and hydrogen have become viable options to power the transportation/trucking industry — some of which are arguably better for the environment. But which is better?

According to S&P Global, analysts expect a national clean energy standard to accelerate natural gas’ decline in favor of other renewable energy.

The Joe’s take: CLNE’s sales and profits were flat for the past 5 years. Although it won a contract to supply fuel for Amazon’s trucks in April, the deal was quickly shot down by Raymond James’ analyst — saying the deal lacks “substance”.

For now, CLNE is a speculative stock that’s run-up beyond its fundamentals. Be careful when you play with gas — you just might get burned.