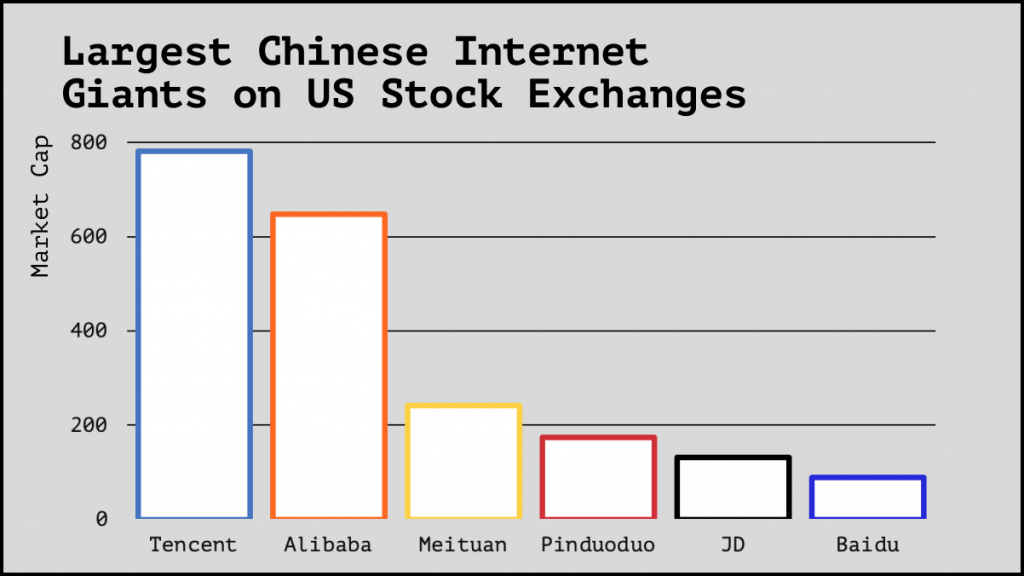 When it rains, it pours – and China’s biggest tech companies are in the middle of a hurricane.

On Mar. 12, China’s antitrust regulator followed through on its threats to rein in the internet economy by fining 12 companies, including Tencent ($TCEHY) and Baidu ($BIDU), over past acquisitions and investments.

Caught in the reign

The fines are the latest in a slew of crackdowns on China’s tech giants over the last few months:

Since then, authorities have mandated that companies submit reports when adding new functions that “have the ability to mobilize society” – a likely reference to their controversial banning of Clubhouse in February.

Sunny days were just a tax haven away

Historically, many Chinese companies have registered offshore tax havens in a structure known as variable interest entity (VIE). For years, it was unclear how antitrust regulations applied to these companies.

Those days are no more. The new antitrust guidelines allow China to bring enforcement action retroactively, which set the stage for a recent wave of fines.

Although the fines were relatively small – 500,000 yuan ($77,000 USD) – the message was clear: if you want to follow through with a merger, acquisition, or investment, you better be getting government approval first.

For investors… Checking the forecast

North American investors have access to the fast-growing Chinese economy via the 200+ Chinese companies listed on major US stock exchanges – but here are  risks to consider before investing in China:

China’s recent actions could slow the growth of Chinese tech giants and weigh down their stocks. After the most recent set of fines, investors should be cautious with the storm clouds on the horizon before diving into Chinese stocks.