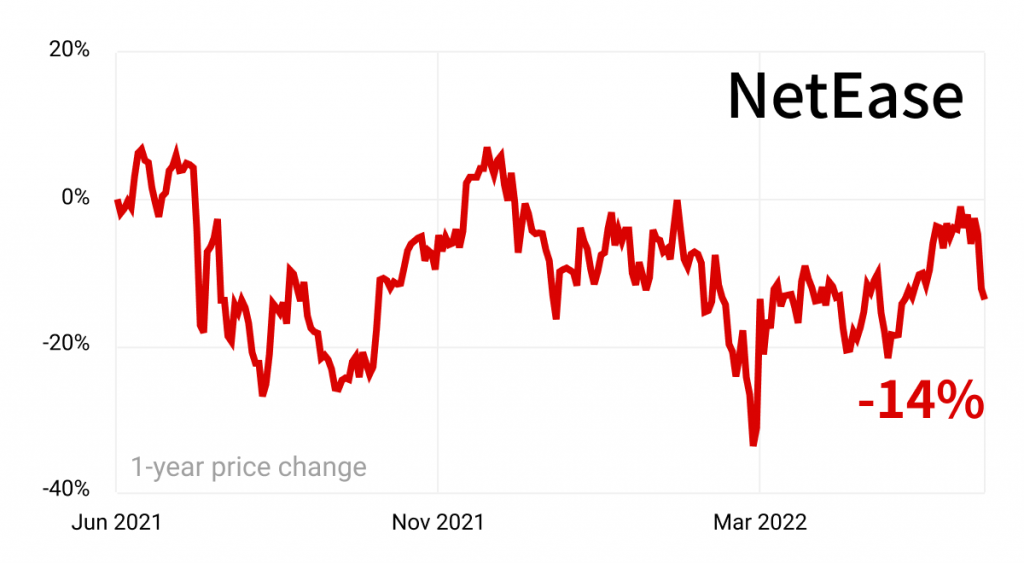 What’s the big deal? China was expected to be the biggest market for the game — co-developed by NetEase and Activision Blizzard.

NetEase is pushing the release to “optimise the gaming experience,” but has been taking heat over its social media post — which drew reference to China-banned Winnie the Pooh.

The Hong Kong listing of NetEase — which also trades in the U.S. — fell 7% yesterday, while the U.S. exchanges were closed.

Gaming troubles: It’s been a challenging year for the Chinese gaming market. In 2021, China paused approvals on new game licenses and banned kids from playing games for more than three hours daily.

However, Chinese tech stocks outperformed in the past month — with signs of China easing its regulatory crackdown on the tech sector.

Per FT, China’s popular social platform Weibo has banned Diablo Immortal’s account. China resumed gaming approvals earlier this year — but NetEase is still having trouble getting on China’s good side.