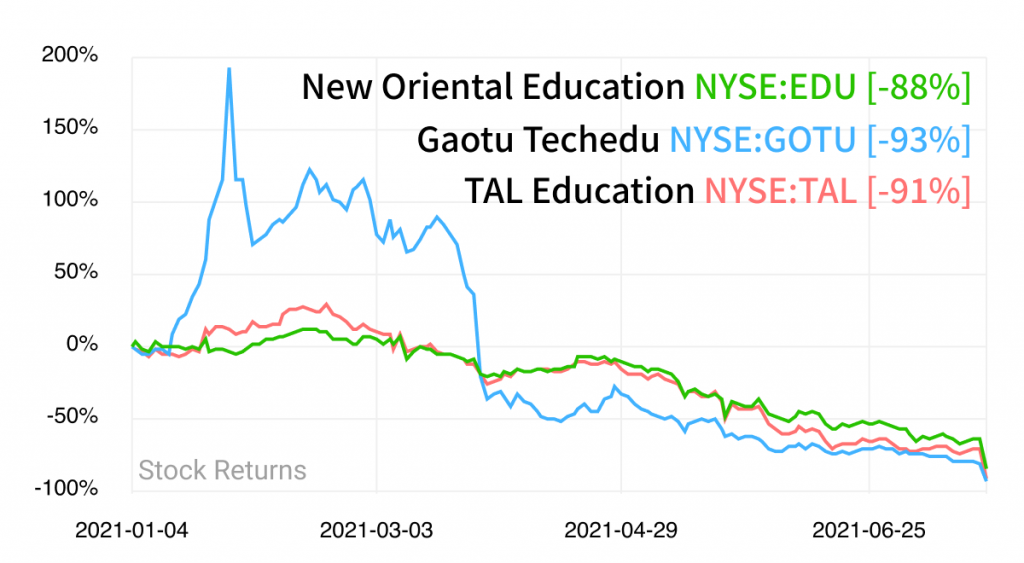 What’s the big deal? In just a few days, the risk of holding Chinese stocks went from 50-100. What started with China raising cybersecurity concerns and cracking down on the power held by Chinese tech companies, extended into other sectors:

When Amazon loses a $10b government contract, they can sue the government. But companies can do little against Chinese regulations. “What are we supposed to do? We can’t fight the Communist party” — says one edtech exec (via FT).

According to Dickie Wong of Kingston Securities:

Beyond China: The move could be good for US stocks and — the less to do with China, the better:

But those with a bigger exposure (i.e. Apple and Tesla) — which generate a significant portion of their sales from China — face more impact.

The sentiment in Chinese stocks can change quickly and one day, there will be a bottom — presenting a chance for discount purchases… Just not today.