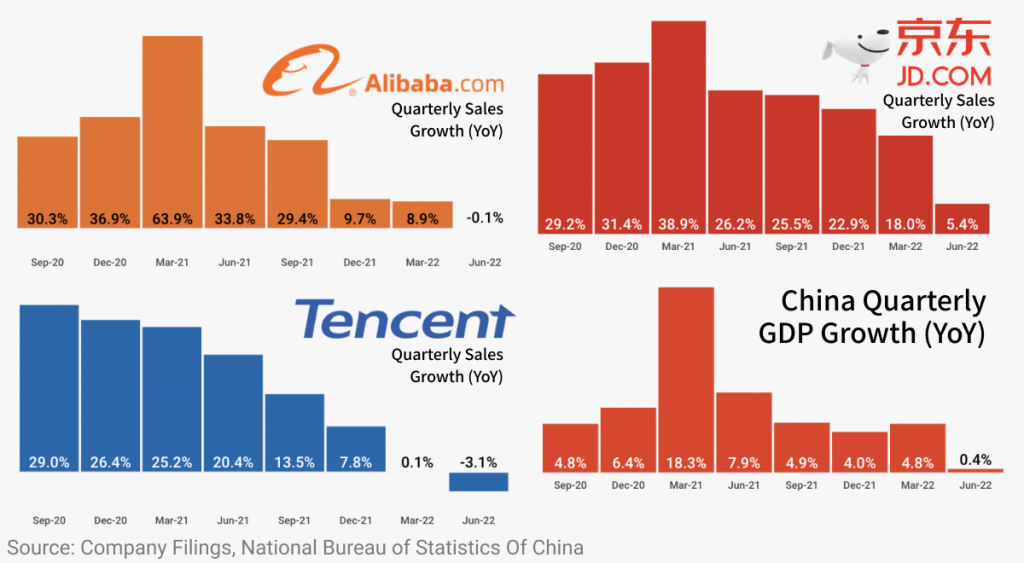 China’s big tech giants are recording their lowest levels of growth, and there are too many fingers to point…

What’s the big deal? China’s consumer spending has slowed as a property crisis, regulatory crackdowns, and zero-COVID policies ravage its economy. These issues led to a poor quarter for the country’s tech giants:

These companies are also dealing with a slowdown in e-commerce and China’s tougher stance on gaming — creating the perfect storm.

Alibaba will focus on its cloud computing and overseas e-commerce — per Senior Equity Analyst Chelsey Tam at Morningstar (CNBC).

The bull: Bloomberg Intelligence Analyst Marvin Chen thinks “sales growth may pick up from here” and “the worst should be behind us as the economy picks up… but it may be a bumpy recovery” (BBG).