Online car retailer Carvana (NYSE:CVNA) — a.k.a. the “vending machine for cars” — is in the hot seat. During COVID, it more than tripled to as high as $370 per share and was widely pushed by finfluencers.

Last Friday, Carvana reported earnings that were way short of expectations — sending its stock tanking nearly 50% since. It’s now down 98% from its peak.

It was a really ugly quarter

This led Adam Jonas, a Morgan Stanley analyst, to pull his $68 price target and say the stock could fall to $1. Social blew up on Jonas — who had some pretty wild price targets on Carvana. 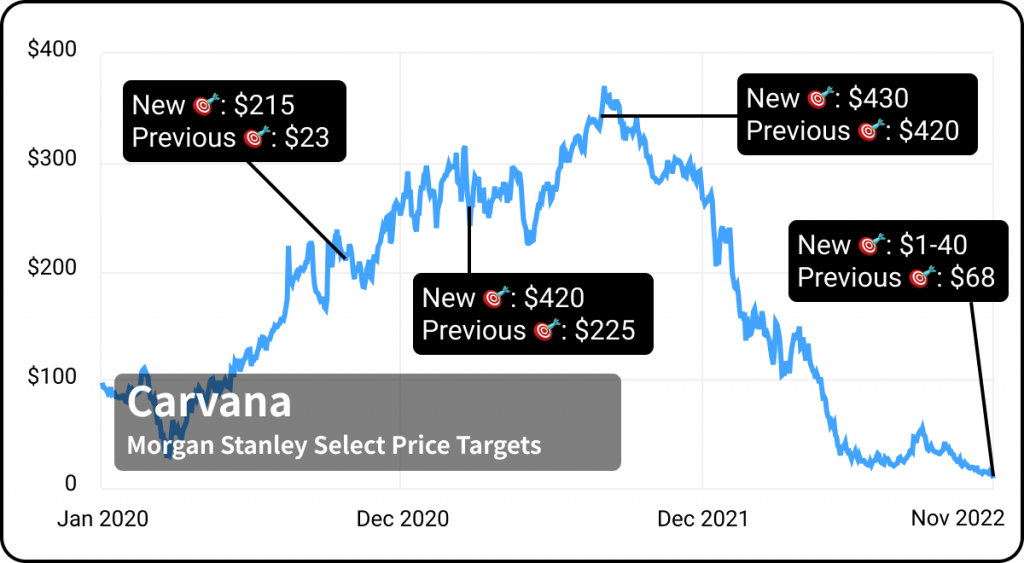 The Average Joe: “Analyst price targets are like horoscopes. They’re everywhere but rarely are they ever accurate.”

It’s been a challenging year for the auto market. Used car prices are falling — expected to be down 14% this year compared to last.

Carvana has up to $4B in liquidity (cash + ability to borrow) — so they aren’t at immediate risk of bankruptcy.

Investors: No path to profitability in sight

But some believers are still hopeful. According to a rival car exec, if Carvana “can stay solvent [able to pay debt] for next year, Carvana will be the future of car buying” (FT). As for now, dealerships are still the most profitable way to go.