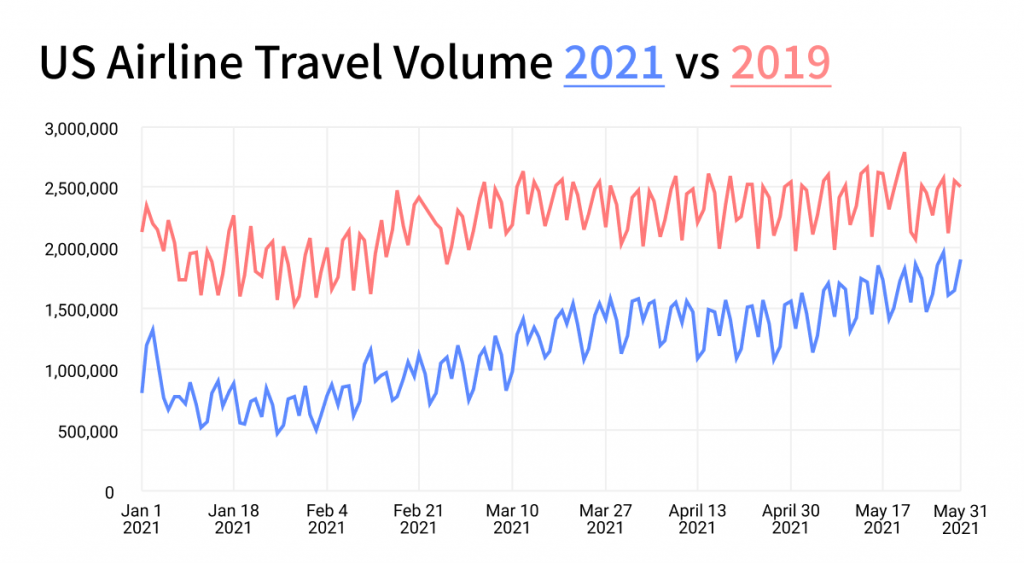 Air traffic numbers are rebounding sharply and executives are ramping up aircraft production targets to meet demand. Boeing aircraft stocks are on the move…

What’s the big deal? Aircraft manufacturing is one of the few sectors whose stocks haven’t recovered to pre-COVID levels. Industry executives expected travel to stay below pre-COVID levels for years. But US air traffic levels are back to 67% of 2019 levels — up from 40% in Jan.

Who are the big aircraft stocks? US-based Boeing (NYSE:BA) and France-based Airbus (EPA:AIR) dominate the industry — both of which are ramping up production targets.

And then there’s Boeing’s issues…

Who else to watch: Frontier Airlines, the low-cost airline, which stands to benefit from an air travel recovery