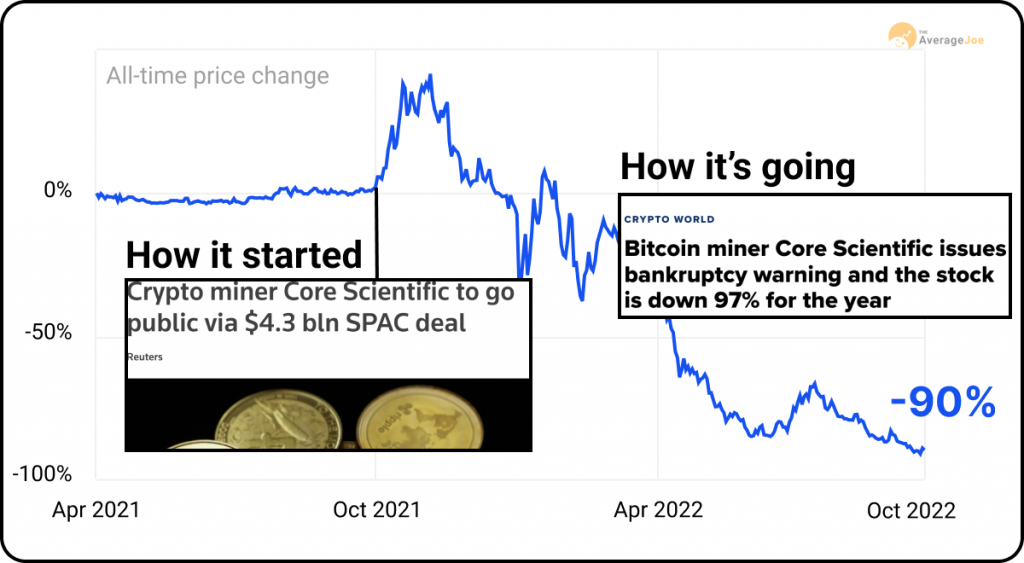 Yesterday, they told investors that they won’t make payments on upcoming loans — which means bankruptcy is on the table.

Bitcoin mining just isn’t as profitable as it used to be. Their entire business is literally using electricity-consuming equipment to mine Bitcoin — then selling that Bitcoin for profit.

It hurts when the main drivers in their business aren’t going in the right direction:

This sends a warning to other Bitcoin miners. The longer the crypto winter lasts, the worse it’ll get.