Big tech earnings recap: Growth slows to a crawl. What next? – The Average Joe

Big tech earnings recap: Growth slows to a crawl. What next? 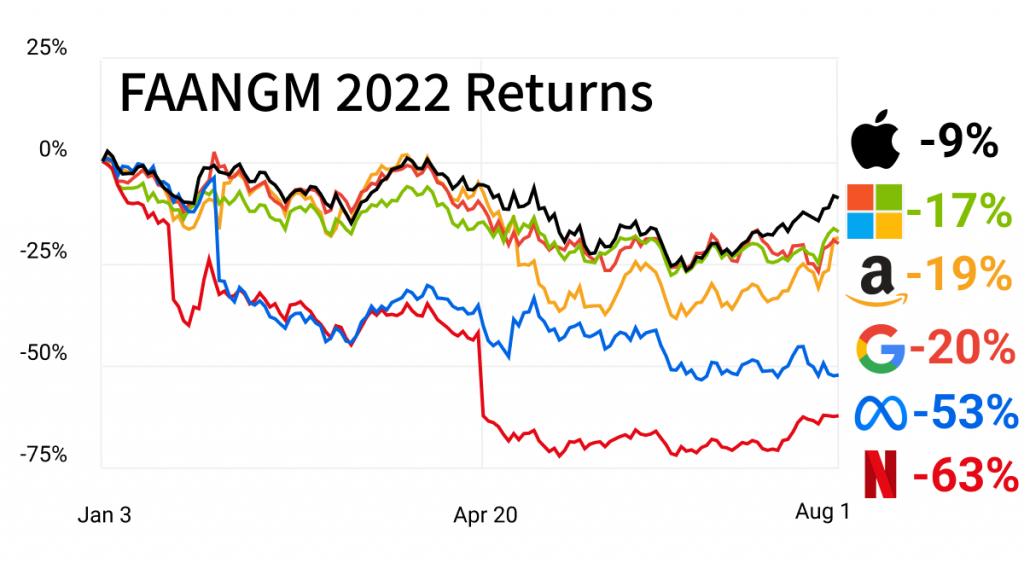 What’s the takeaway? It’s evident a slowing economy is taking a toll on them — all feeling the pain of lower consumer demand — some worse than others.

Despite the slowdown, with the exception of Meta and Netflix, these stocks have been more resilient than the tech-heavy NASDAQ index — which is down 22% this year.

Damage done? Compound Kings’ Portfolio Manager Robert Cantwell thinks these are the “worst growth rates you’re going to see from these companies for the next few years” — and that these companies have hit a bottom (WSJ).

But others expect more pain ahead…

Who to believe? Look at the economy — which seems like it’s on the verge of collapsing but also looking strong at the same time based on other data points. Not very helpful.

July’s inflation report could tip it over the edge of either side — released next week (August 10). Investors will be closely watching for signs of peak inflation.

Watchlist: Why investors should soon pay attention to Netflix.