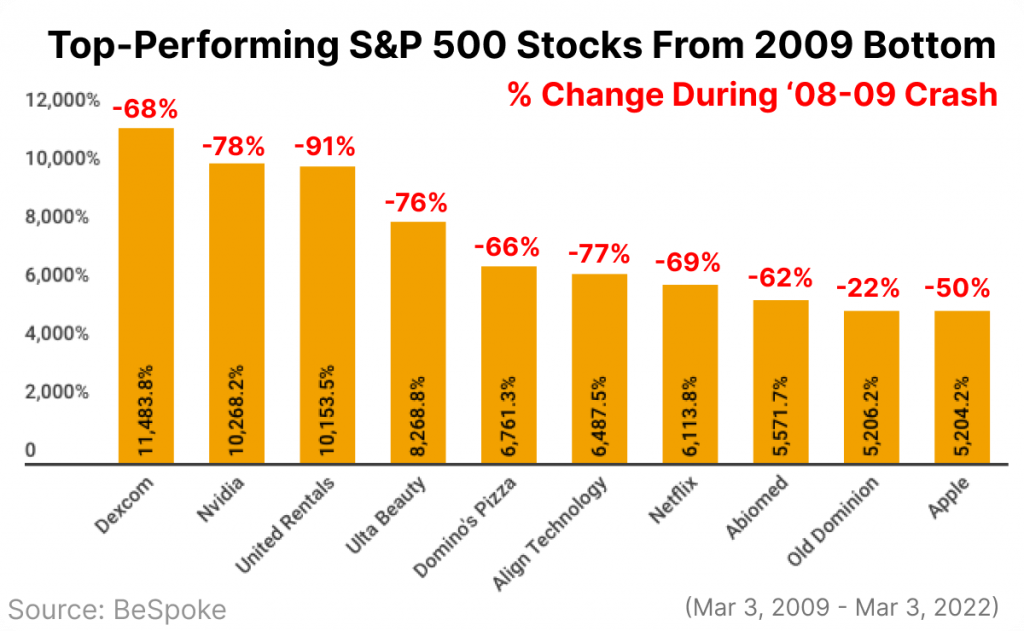 2008 and 2022 have had many similarities: Stock market crash, housing downturn, high levels of debt and investor portfolios going bust.

But there are also many differences: ‘08 was led by a housing bubble — while today’s crash is primarily from a reversal in monetary policies.

Inflation was also healthy in 2008, and the Fed had already raised rates for several years. That’s a big “if.” And all speculation.

One of the biggest questions is whether markets have bottomed or not — and no one really knows the answer.

But if you purchased anywhere near the bottom in past market crashes — you would have done fairly well in the proceeding years.

Just ask investors in these companies — which had massive returns from the 2009 bottom. It’s rare for a company of Apple’s size in 2009 to deliver such large returns. Stocks with the highest upside are typically found to be stocks with smaller market capitalizations — but they also tend to be the riskier.