Two news stories capturing the state of the economy 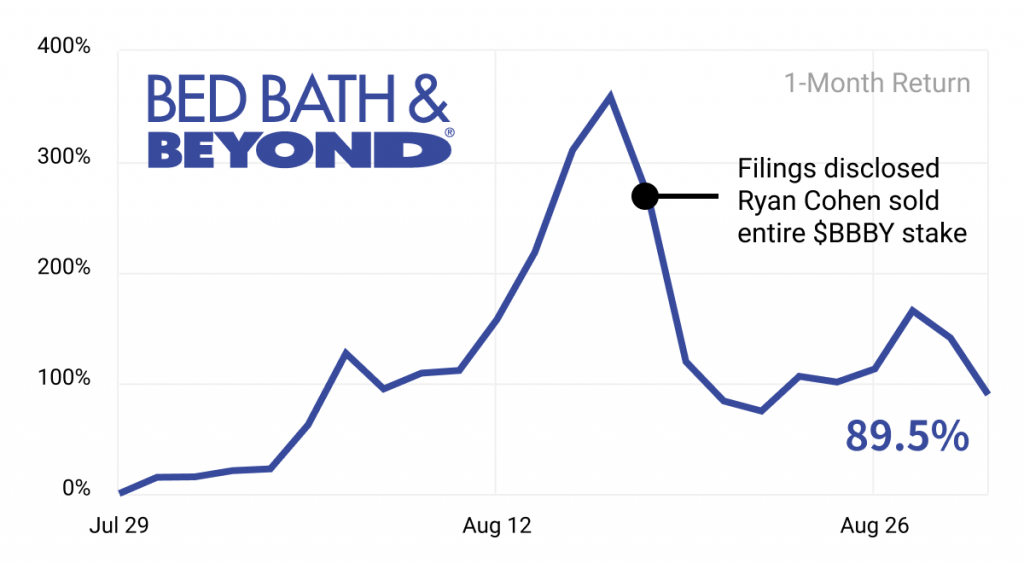 Meme stock Bed Bath & Beyond (NASDAQ:BBBY) has had a roller coaster of a year — soaring on many occasions — as much as 400% in recent weeks. Yesterday, BBBY unveiled an updated corporate strategy, sending its stock down 21%.

What’s the big deal? BBBY is in a race against time — at risk of running out of cash, and investors are demanding change. In its update, BBBY announced:

Where the value lies: BBBY’s buybuy BABY chain is estimated to be worth over $1B if it were sold — more than the combined company of BBBY. Ryan Cohen — known for igniting GameStop — saw value in the chain and pushed for a sale or spin-off of the brand.

BBBY “fielded interest” from potential acquirers, which hasn’t led to anything yet. A sale of buybuy BABY isn’t off the table, and with Cohen having sold his entire $BBBY stake, meme traders will need a significant change to spark interest again.

Question of the week: What do we know?