Backblaze — the humble 2021 IPO with big returns – The Average Joe 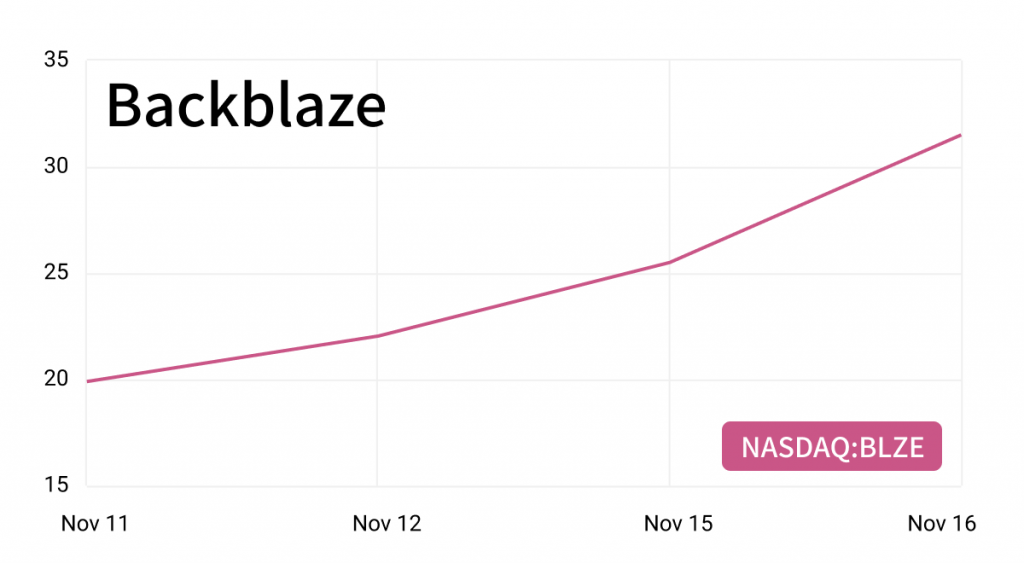 What’s the big deal? In a year of blockbuster IPOs and mega valuations — with 21 tech companies valued at over $10B upon going public — Backblaze chose a different route.

That’s easier to do when its business pumps cash…

It’s a lucrative business: Competitor, Amazon, makes 40% of its operating profits from its cloud storage business — despite its e-commerce business being much larger. Backblaze also has a few other similarities to Amazon with both:

The difference — Amazon’s AWS controls 40.8% of the market — with Backblaze having less than 0.1%.

It’s a competitive industry but luckily for Backblaze, customers habitually choose several cloud platform providers. According to Flexera Software, 92% of companies use multiple vendors to lower cost — with some being better at different applications.

Cloud growth: COVID accelerated cloud adoption and remote work — also accelerating the need to store all that virtual data. The industry grew a massive 40.8% in 2020 — with growth showing little signs of slowing.

Companies opting to go public later, at higher valuations made it difficult to find multi-bagger investments. So when investors see a company with such humility, it’s hard not to get excited.

Must-read: How to find multi-bagger investments — one characteristic — companies with lower valuations.