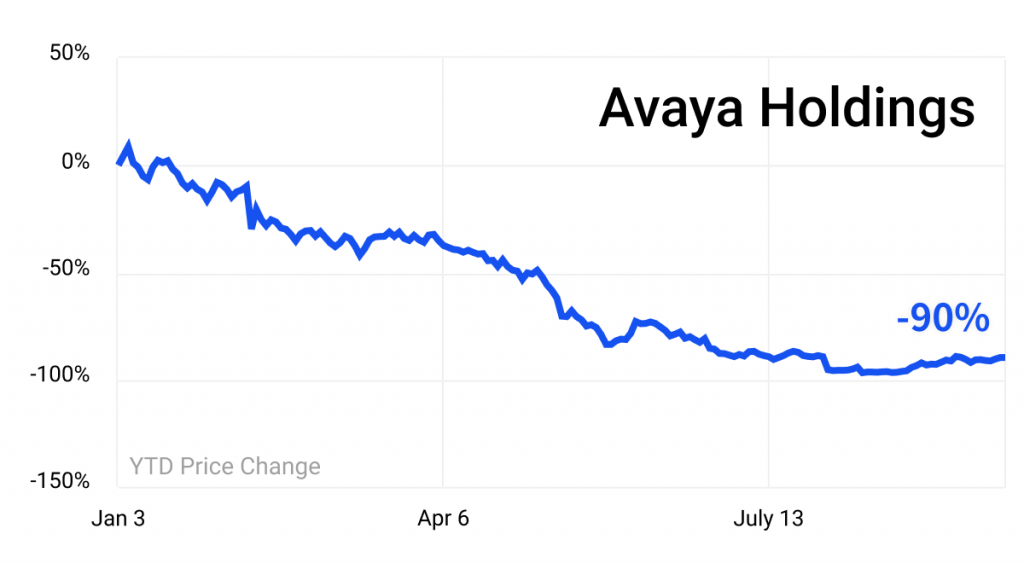 Avaya sells software for corporate phone networks and customer call centers. In August, they reported earnings and forecasts that fell far from expectations.

To survive, Avaya borrowed $600M — warning that there is “substantial doubt about the company’s ability to continue as a going concern” — a.k.a. we might not make it (PWC).

Avaya has been here before — filing for bankruptcy in 2017 as it struggled to transition to cloud services.

The latest meme hero: “The King”

In August, Theo King — co-founder of Faria Education Group and successful software entrepreneur — bought a 15.41% stake in Avaya. This sent $AVYA soaring in the past month — closing at $2.01 yesterday from a low of $0.60 in August.

The King presented a turnaround strategy to Avaya’s board — saying:

But everyone is in it for the gains. In the August rally, Ryan Cohen dumped his Bed Bath & Beyond shares, and so did Jake Freeman. What’s to say Theo King won’t do the same?