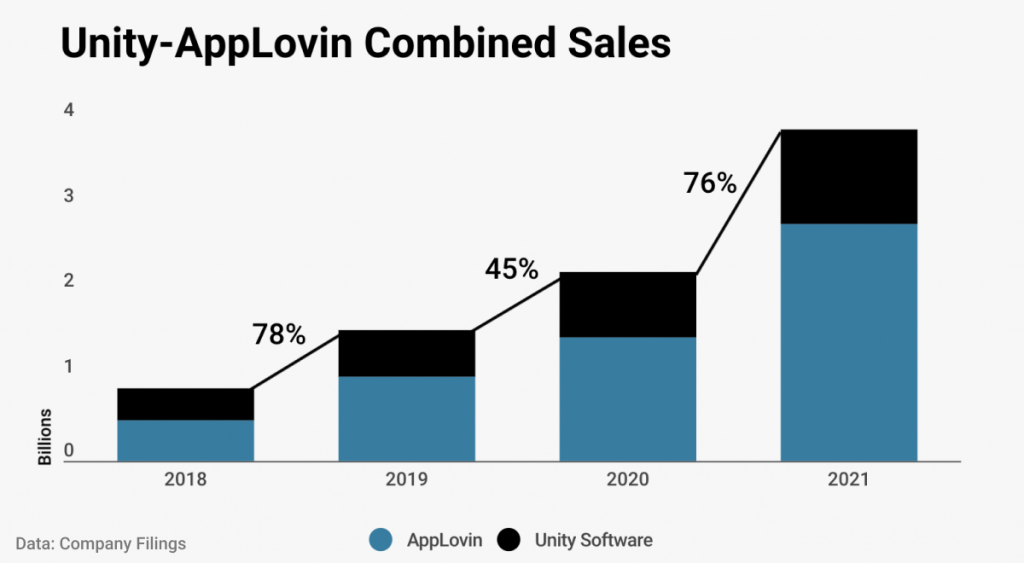 Yesterday, AppLovin (NASDAQ:APP) — proposed a merger with Unity Software (NYSE:U) in an all-stock deal — valuing Unity at $20B.

Combined, the two could create a $35B gaming powerhouse with:

The end form: Unity Software shareholders would own 55% of the combined company but only 49% of the voting share.

While Unity’s CEO will be at the helm, Unity shareholders will lose voting control. Unity’s stock would be converted into AppLovin’s Class A voting common stock and Class C non-voting common stock.Unity would also have to drop its plans to acquire IronSource (NYSE:IS).

What are the odds? $U closed yesterday, trading 14% below the $58.85 offer price — signaling that investors are skeptical a deal will happen.

Despite the deal making “a lot of business sense,” Unity is likely to reject the bid given that the offer price is “well below” Unity’s value per Wedbush Analyst Michael Pachter (SA).