Apple plans to launch self-driving cars — does this matter for investors? – The Average Joe

Apple plans to launch self-driving cars — does this matter for investors? 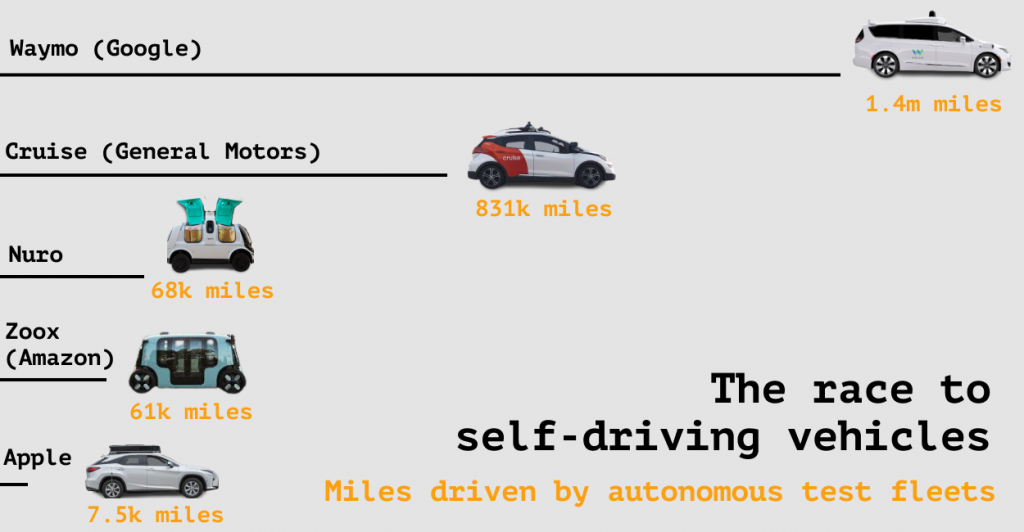 Project Titan — the secretive electric car unit that Apple launched in 2014 is back in the news.

The project struggled over the years but last week, it was leaked that Apple would make a push to launch its own self-driving car by 2024.

Auto experts are predicting that robotaxis won’t be available until 2025 and self-driving cars won’t be sold for another decade.

But in certain parts of the US, self-driving vehicles are much closer than you’d expect.

Building an autonomous car requires years of road tests and Apple has lagged behind in product development and testing. In 2019, Apple’s self-driving test cars logged 7,544 miles while competitor, Waymo, logged over 1.45m miles.

Throw money and engineers at the problem

It took 17 years for Tesla to reach profitability and building cars is no easy task. Building a car manufacturing network is complex and doing it profitably is even more difficult.

But if anyone can pull it off, it just might be Apple — who has over $38b in cash and thousands of engineers to throw at the problem.

Another advantage for Apple — its expertise in battery designs. According to Reuters, Apple is reportedly building a battery design that could “radically” reduce the cost of batteries and increase vehicle range.

Ming-Chi Kuo, a closely watched Apple analyst, believes that the launch date could be closer to 2028 and Apple’s tech could be too far behind to be competitive.

Jim Cuva, Citi analyst, is doubtful that Apple will actually produce a car and the project just might be another one of its R&D into different areas.

But don’t discount Apple just yet. Whether Apple’s self-driving car is successful or not, its stock, which has increased over 25% since Oct., could see a big push from its new Mac processors.

Learn more: Apple’s stock could go up and it won’t be powered by its self-driving car.