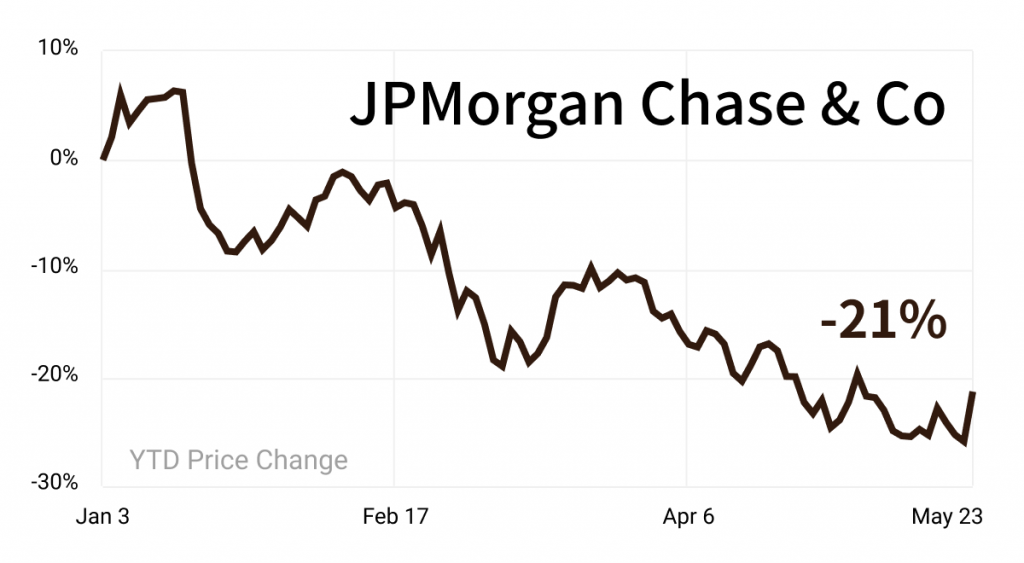 JPMorgan held its first investor conference since 2020 — providing new forecasts and reassuring investors that it would hit its profitability target — sending its stock up 6% yesterday.

What’s the big deal? JPMorgan is seen as one of the strongest American banks with higher profitability and a stronger balance sheet.

But after outperforming other big banks for over a decade, JPMorgan’s status is in question. Earlier this year, the bank:

CEO Jamie Dimon has a history of delivering investment returns — but investments in tech are harder to measure.

Damage control: At yesterday’s investor conference, JPMorgan came out with a bang to reassure investors:

Dimon wants investors to have faith in his capital allocation decisions — “we have always earned good returns while making investments.”

JPM is down 26% this year — falling further than the S&P 500 Financials Sector Index. Like many other industries, the fate of the financial sector rests in the geopolitical tensions easing — and inflation calming.