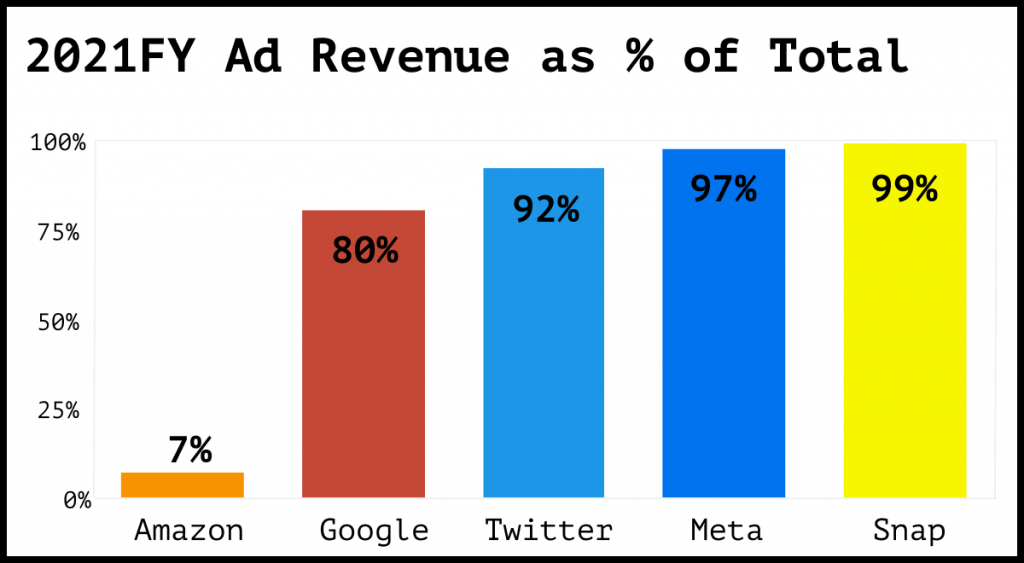 Tech companies are turning up the heat on employees, and no one is safe. Alphabet is the latest one to cut jobs amid a slowing advertising market. But among the other ad giants, Alphabet may be the more resilient one…

Tech companies are turning up the heat on employees, and no one is safe…

Add Google to the list: The advertising market has slowed significantly, and the largest ad giant, Google, is preparing for a downturn by slowing hiring and cutting some jobs.

Among other ad platforms, Alphabet’s ad business is known to be more resilient:

During a slowdown, performance marketing is safer as advertisers are more likely to reduce impression-based marketing first.

Helps explain why $GOOG is only down 23% this year — far outperforming the other ad giants. Alphabet is also the most diversified among the big ad platforms (excluding Amazon).

Ad results: Snapchat is the first of the ad platforms to report earnings on July 21. It’ll be a telling sign of how much the ad market is really slowing.