Alibaba looks to move past its regulatory issues – The Average Joe

Alibaba looks to move past its regulatory issues 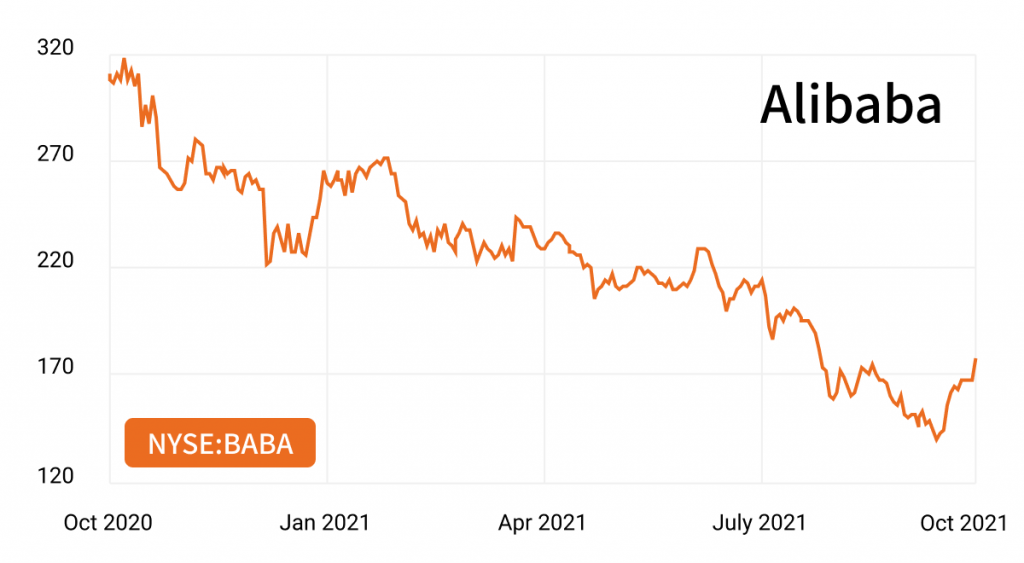 Alibaba — the Amazon of China — is up 27% in the past two weeks with signs its fortunes are changing for the better.

What’s the big deal? Alibaba has the largest e-commerce and cloud computing business in China but Chinese regulations took BABA down along with the Chinese tech industry.

After a $2.75B fine for anti-monopoly violations and a 40% stock price drop from its peak last October, BABA’s outlook might be finally changing — with positive news for once:

Bend the knee: In the past year, the Chinese government ordered China’s internet giants to open their platforms up to competitors and investigate data security and consumer rights issues. And obeying they are…

Invisible handcuffs: Alibaba, at risk of angering the Chinese government, may be cautious about aggressive growth moving forward. Keep an eye on these:

Must-read: Chinese tech valuations are so cheap, it’s hard not to look at their stocks.