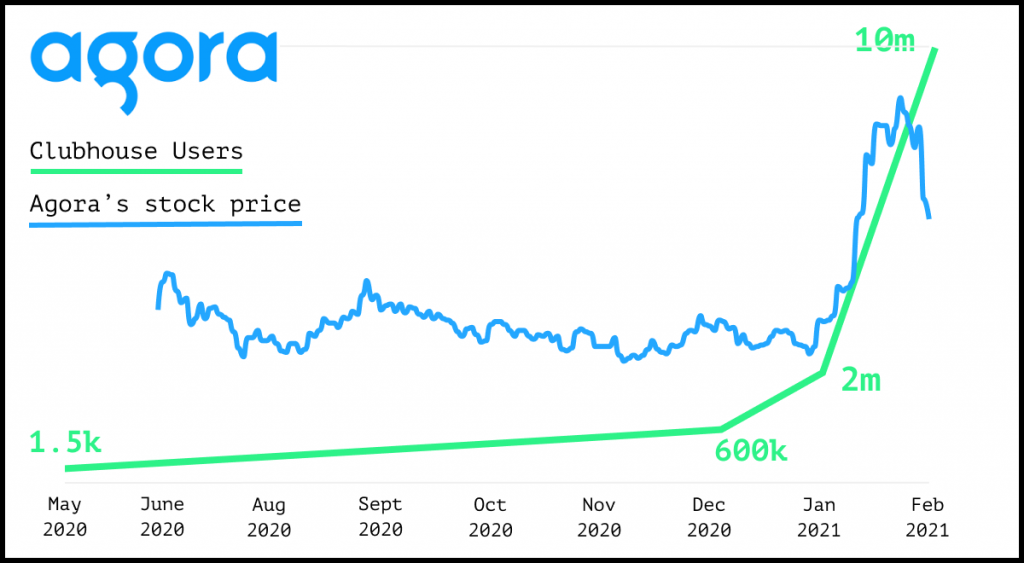 Monday’s can be bad but for Agora, the company that powers the popular social-app Clubhouse, bad is an understatement…

Clubhouse became a $1b company within a year, thanks to…

Founded in 2014 and having gone public on the US stock market in June 2020, the Chinese-based company provides the building blocks to add audio, video and live-streaming features into apps.

With Clubhouse blowing up over the last few months, investors have been looking for ways to capitalize on the hype of the private company. Their solution? Investing in Agora.

The Good, The Bad, and The Security Breach

Since the beginning of 2021, Agora’s share price has more than doubled… That is until Bloomberg reported news of a security breach in Clubhouse on Feb. 21, where a user had streamed audio from multiple Clubhouse rooms into a third-party website.

On the same day, Agora reported its 2020 earnings:

Here’s what investors should be concerned about.

Despite falling 25%, Agora is still up 44% since its IPO. To justify its valuation, Agora will need to show its investors that security won’t be a concern and figure out a way to reaccelerate its growth.