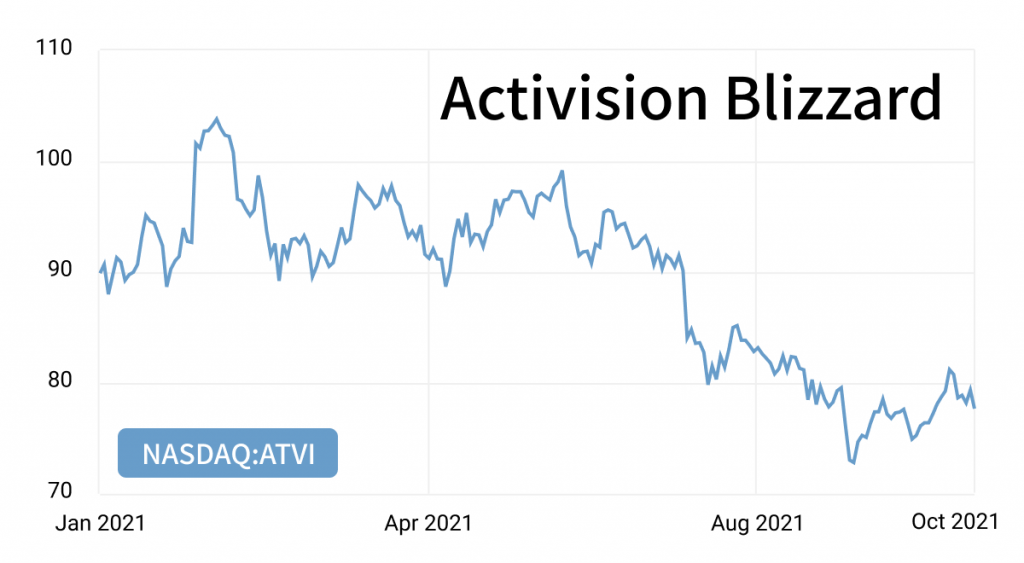 Activision Blizzard is in the middle of a company crisis — but investors have reasons to believe these are short-term issues.

What’s the big deal? In February, nearly every sector benefiting from COVID took a hit — including gaming stocks.

But one of the largest gaming creators, Activision Blizzard — owner of hit franchises like Call of Duty, Overwatch and Candy Crush — is going through bigger problems:

Its stock is down 25% in 2021 — and investors weren’t a fan of its Tuesday earnings report:

Game releases give sales a big push — and its recent workplace issues may be impacting more than just company morale.

To combat its issues, Activision is making big changes with plans to invest $250M in the next decade to open up opportunities for diverse talent:

Looking forward: If Activision can get past its workplace issues, investors have many things to get excited about… Activision is still the owner of some of the most popular gaming franchises, the mobile gaming industry continues to grow post-lockdown and the delayed releases are a short-term impact.