20% upside if Microsoft’s Activision acquisition goes through. And if it doesn’t? – The Average Joe 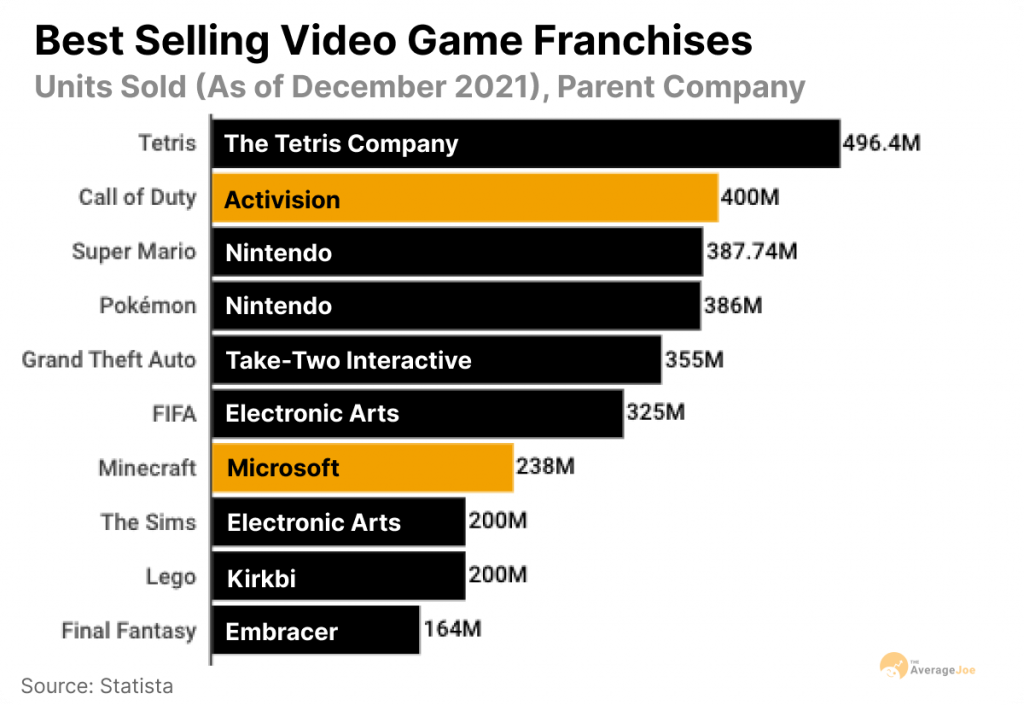 Ten months later, Microsoft is still having trouble getting their massive $69B Activision acquisition approved. The uncertainty has sent Activision trading 20% below the $95 acquisition price.

The odds are stacking against Microsoft

Activision is the creator of popular games like Overwatch, Call of Duty and Warcraft. Microsoft owns Xbox and other gaming studios.

Combined, the two would become a serious gaming giant — and Xbox’s competitor, Sony, is right to be worried.

Regulators are worried owning Activision will give Microsoft too much power in the gaming industry. Sony wrote a statement saying that the deal would hurt its ability to compete and would leave consumers with fewer options.

In September, Microsoft’s CEO said he was confident that the deal would go through. This week, Reuters reported that Microsoft is “likely to offer EU concessions” to get the deal through.

Deal or no deal, Wall Street is bullish

Despite the hurdles, several Wall Street banks raised their recommendations on $ATVI in November.

Truist analysts led by Matthew Thornton say that $ATVI has an attractive risk profile — with a “big” 2023 incoming (BBG) over the health of its franchises.

Still, the deal is top of mind for investors.

If the deal gets blocked, Activision receives a $3B breakup fee from Microsoft. But it wouldn’t be surprising to see $ATVI fall back to its pre-deal levels (~13% downside).