Baidu the “Google of China” (NASDAQ:BIDU) – The Average Joe

Baidu the “Google of China” (NASDAQ:BIDU) 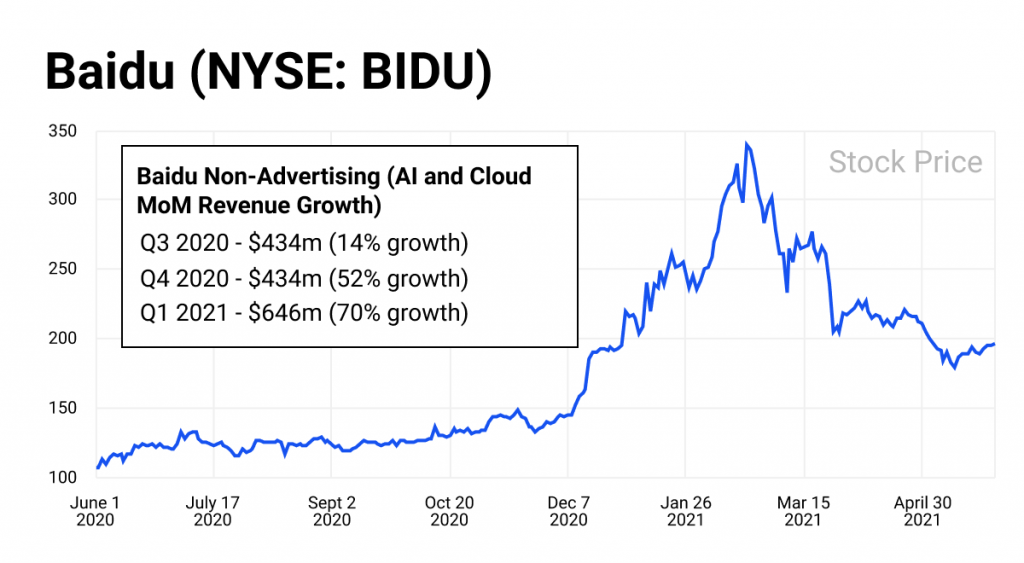 Baidu is known as China’s Google but investors are overlooking the potential in Baidu’s artificial intelligence, cloud and electric vehicle units.

Why are we excited? Baidu’s advertising sales growth has been relatively flat. but where it gets interesting is its artificial intelligence (AI), cloud and autonomous driving businesses…

What’s the upside? Baidu has several units that have barely been included in its current valuation — given the speculative nature of these units:

While many of these are long-shots, the near-term upside is Baidu’s AI and cloud business. As Baidu’s revenue moves toward AI, its valuation could move to reflect the move away from ad sales.

Where’s the margin of safety? Aside from regulatory risks from China’s government, Baidu has several factors that could limit the downside:

What are the biggest risks? Regulations and trade wars:

Why now? Over the past few months, several factors down — which had nothing to do with Baidu’s fundamentals — pushed Baidu’s stock down 40%:

The impact from external factors has given investors a better entry into its stock compared to a couple months ago, when it was trading at all-time highs.