What can investors expect in the bear market? – The Average Joe

What can investors expect in the bear market? 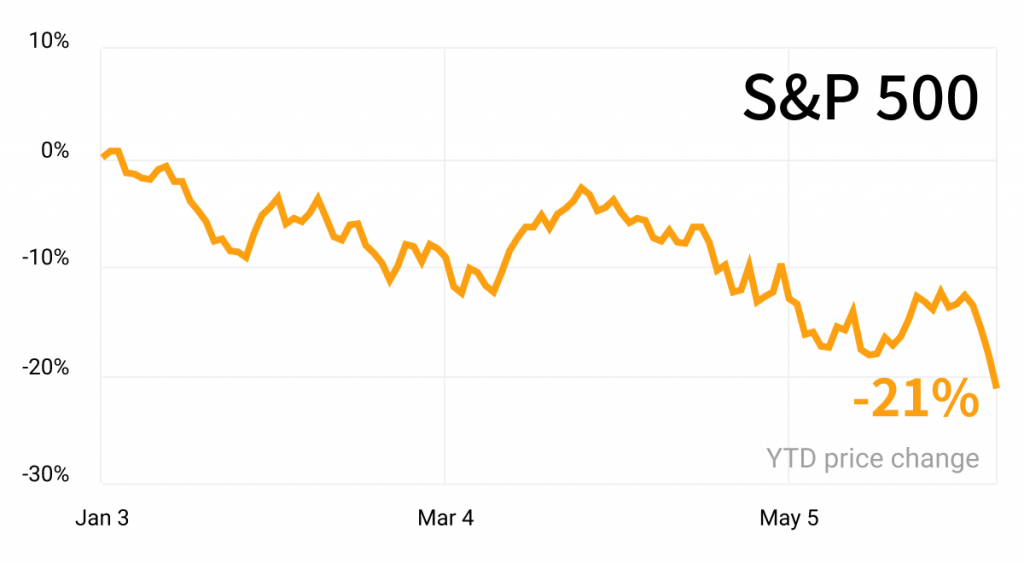 The S&P 500 has entered bear market territory (drawdown of >20%), and based on historical data, we’re likely only early in.

What’s the big deal? The markets have been in similar positions several times before. Per the Head of Equity Strategy at Saxo Bank, Peter Garnry (BBG), the current market looks similar to two past bear markets:

The bear market lasted 929 and 630 days from peak to bottom, respectively (NYT). In both cases, the S&P 500 lost nearly half its value.

What’s different this time? In recent bear markets, investors could count on the Fed to support the market in its darkest days.

Don’t be fooled: Mark Hulbert of Market Watch looked at the 100 best one-day rallies in the S&P 500 and found that 58 of them occurred during a bear market. These big rallies can be deceiving, and Hulbert suggests not to make any major changes based on them.