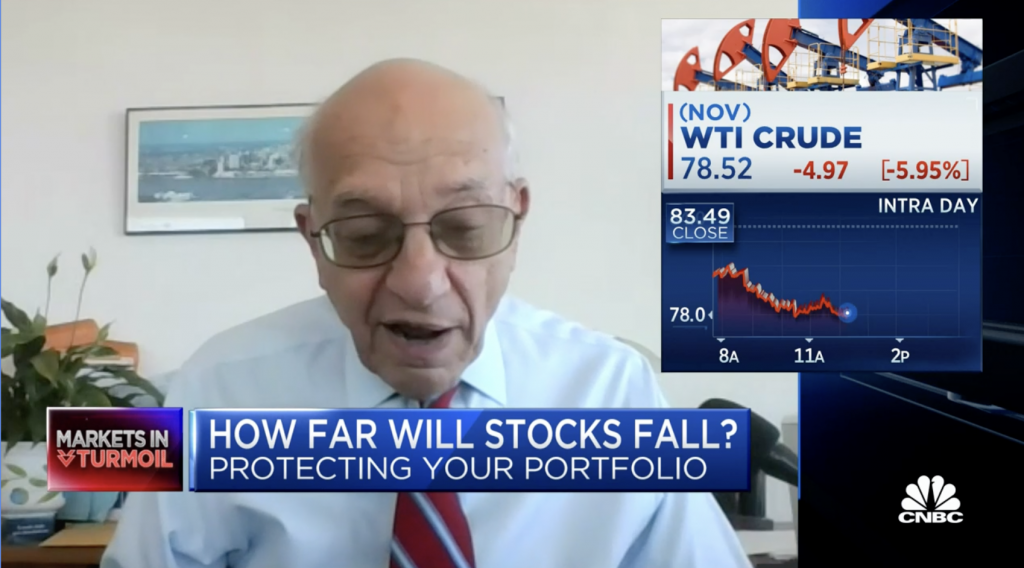 That’s Wharton Professor of Finance Jeremy Siegel, famous economist and Fed critic. In a CNBC interview, he tore the Fed apart in a heated rant — criticizing their decisions over the past three years. “Poor monetary policy would be an understatement.”

He thinks the Fed made two major mistakes:

Last September, when commodity and housing prices were rising, the Fed didn’t think raising interest rates was needed — expecting inflation to be short-lived.

Now, Siegel thinks the Fed is making the exact same mistake on the other side. Those same asset prices are falling, and the Fed is still on the warpath to bring down inflation by raising rates aggressively.

But wait: Siegel says, “we do not have to get anywhere near that level to stop inflation because all inflation has basically stopped.” The only thing not going down is wages which are in “catch up mode.”

What’s the impact on stocks? Per Siegel, there will be pressure on stocks until the Fed realizes they don’t have to be so tight.