US and China’s Complicated Relationship – The Average Joe

US and China’s Complicated Relationship 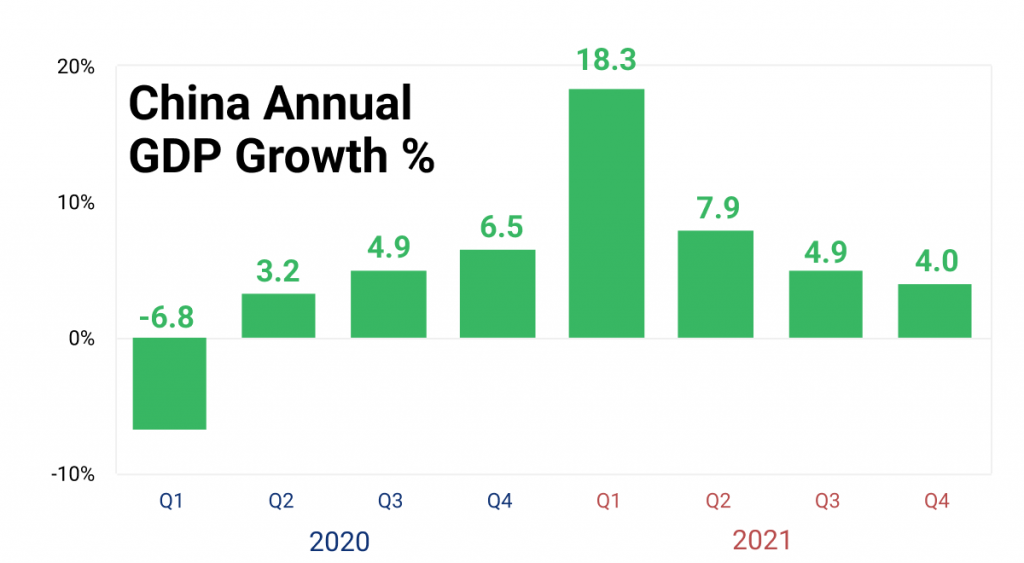 One country is deviating from the rest of the world. Yesterday, China lowered their interest rates in an attempt to stimulate slowing growth. Meanwhile, the US prepares to raise rates this year.

What’s the big deal? Consumers in the world’s second largest importing country are spending less — a bad sign for the rest of the world.

In December, retail sales growth slowed to 1.7% — the weakest in over a year. Investors aren’t going to like this next stat either:

Impact on US investors: China remains a big risk for many US investors. Tension between the US and China continues to grow with sanctions and trade bans imposed on China’s Xinjiang region for human rights issues.

Nike (NYSE:NKE) faced backlash over distancing themselves from the region’s suppliers — shifting purchases by Chinese consumers towards local brands.

China is a big source of sales for many of America’s largest semiconductor (chip makers) companies:

If the semiconductor industry falls victim to US-China tensions, $124B in output and 100K jobs could be at risk.

Looking forward: One political analyst sees the US’s and China’s relationship with Taiwan being one of the biggest risks in 2022 (via CNBC).