Ukraine-Russia tensions rise — invasion could be detrimental to markets 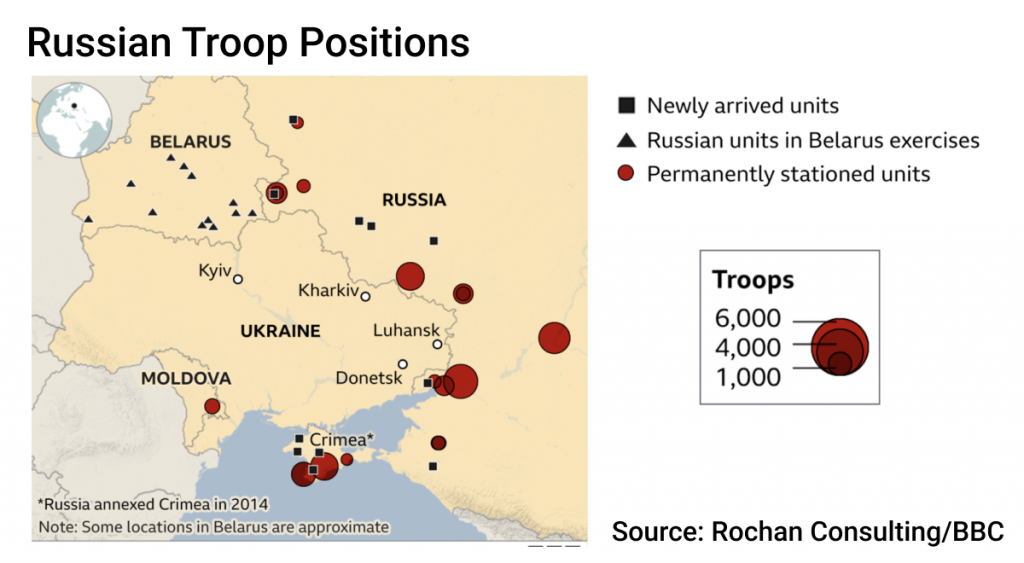 One week it’s inflation, the next it’s a possible invasion that could set off a war. There’s always something to worry about when it comes to the market.

What’s the big deal? Towards the end of 2021, Russia began staging troops alongside the Ukraine border — as global economies feared a potential invasion.

Since covering the news last month, the situation has only gotten worse. The presence of Russian troops increased to 130K — up from 100K a few weeks ago.

The White House is still unsure of Russia’s intentions — while Ukraine is insisting it is under “safe and reliable protection”.

The impact: An invasion would devastate the global financial markets — with Morgan Stanley’s chief US equity strategist (via BBG) saying it would “tip several economies into an outright recession”.

Oil prices would be one of the few beneficiaries — jumping in recent weeks as border tensions grew.

$100 oil coming? At the risk of sounding like a broken alarm, oil supply remains low and demand strong, while oil companies are flushed in cash and prices risk going even higher.

Investment banks called for $100 oil by September, but that timeline might be pushed up.