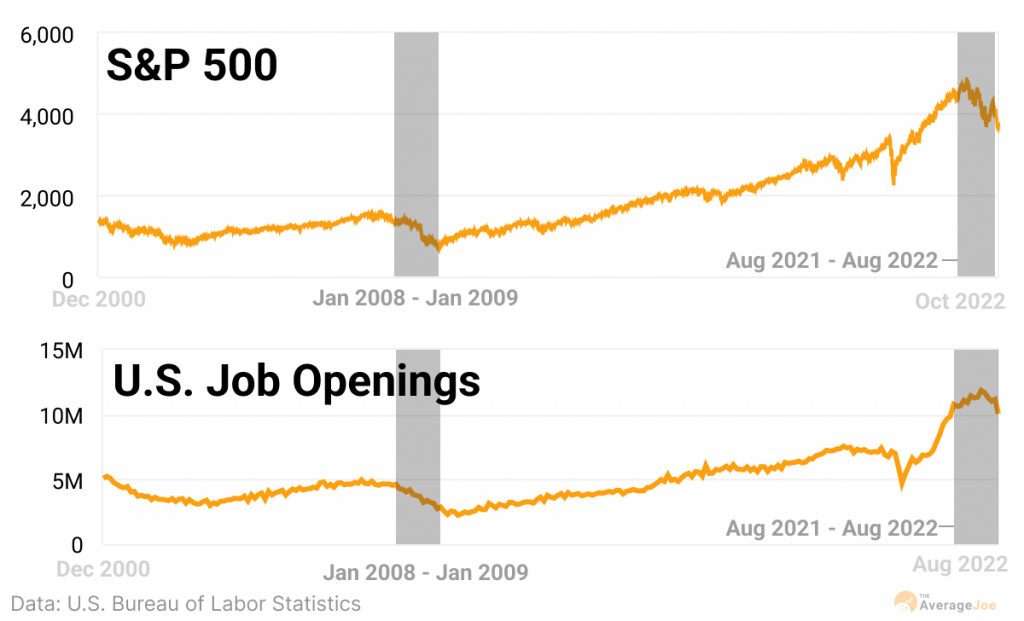 Had to give that a second look? Yes, you read it correctly. Let us explain…

First, here are the highlights from the jobs report:

So why did the markets jump? The JOLTS report gives a clear picture that the jobs market is slowing — which is good because…

The Fed expects the unemployment rate to rise from August’s 3.7% to 4.4% next year.

We’ll get more data when another U.S. jobs report is released this Friday. And even more when the Fed meets Nov. 1-2.