The U.S. unemployment rate is going up, which is good for the economy – The Average Joe

The U.S. unemployment rate is going up, which is good for the economy 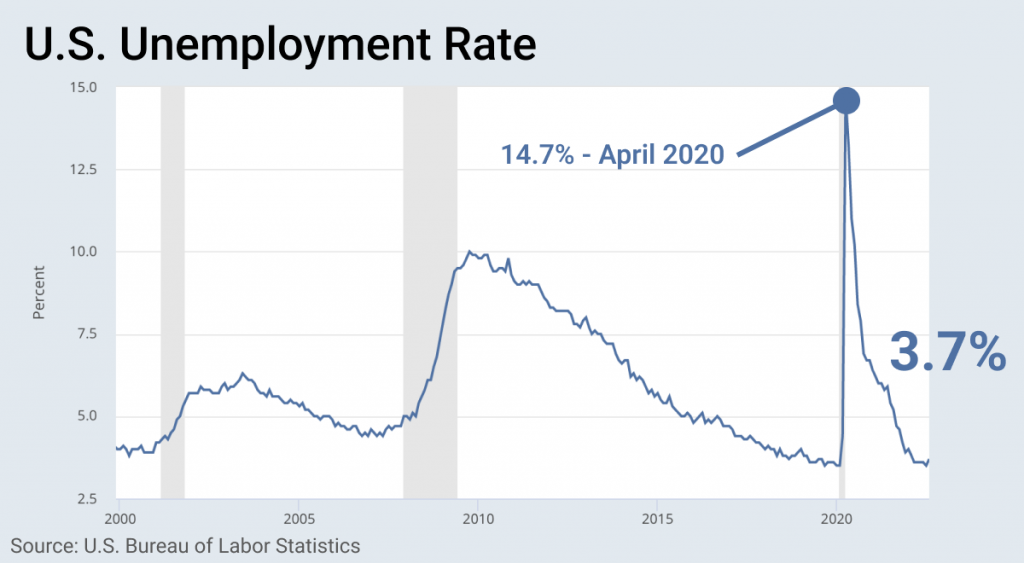 More workers are returning to the workforce, with the labor participation rate (share of people looking for a job) rising in August. Last month, ~786,000 people came off the sidelines — a “huge” number, per the Chief Economist of ZipRecruiter (CNBC).

An increase in job seekers brought up the unemployment rate in August — a positive sign for employers struggling to find enough workers.

Wages and prices have been driven up by a tight job market — where there are approximately two job openings for every unemployed worker.

Just as intended: Per former Fed Governor Randall Kroszner, “this is really what the Fed is hoping for” — more people returning to the job market (BBG).