The Second Largest Swiss Bank is at a “Critical Moment.” Could This Lead to a Bigger Crisis? – The Average Joe

The Second Largest Swiss Bank is at a “Critical Moment.” Could This Lead to a Bigger Crisis? 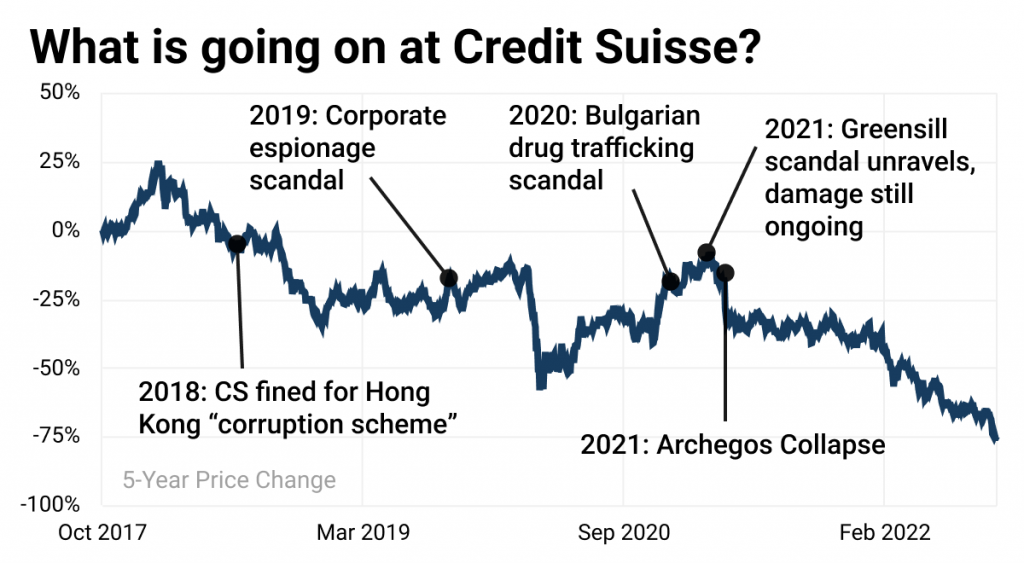 Credit Suisse (NYSE:CS) is Switzerland’s second largest bank (behind UBS). It’s had many problems over the years:

1/ Credit Suisse was exposed to recent major bankruptcies and scandals. The bank lost $1.7B on the bankruptcy of Greensill and another $5.5B in the collapse of Bill Hwang’s hedge fund Archegos in 2021.

2/ A massive leak exposed details of 30,000 Credit Suisse clients — many involved with drug trafficking, money laundering, corruption and other crimes.

3/ It’s a challenging market for investment banks — where bank profits have tanked as IPO proceeds fell 83% in August compared to last year.

There were rumors of a large European bank on the brink of collapse, and Credit Suisse and Deutsche Bank were two of the top contenders.

How bad is the situation?

$CS has collapsed 58% this year — down 22% in the past month alone. After several quarters of profit warnings and setbacks — investors began questioning Credit Suisse’s financial position. The bank is losing money fast, and employees, including long-time execs, are jumping ship.

The CEO thinks the firm is in a “critical moment.” On Friday, he released an employee memo saying the bank has a strong balance sheet and the stock price doesn’t reflect this.

Markets were skeptical, with some believing that the bank doesn’t have enough capital. Many increased their bets on a potential bankruptcy.

Credit Suisse is announcing a strategic plan on Oct. 27. Options include selling part of its businesses, raising more capital and downsizing its business.

Investment banks Lehman Brothers and Bear Stearns collapsed during the 2008 financial crisis. The market tanked, and the Fed had to step in to rescue banks.

During the weekend, investors panicked on social media — questioning whether this could turn into an ‘08 moment.

According to Bloomberg columnist Paul Davies — “The bank has more than enough capital to run its business. It just isn’t making good enough returns.”

Still, the world is already on shaky ground, and any adverse news won’t be received well by investors. 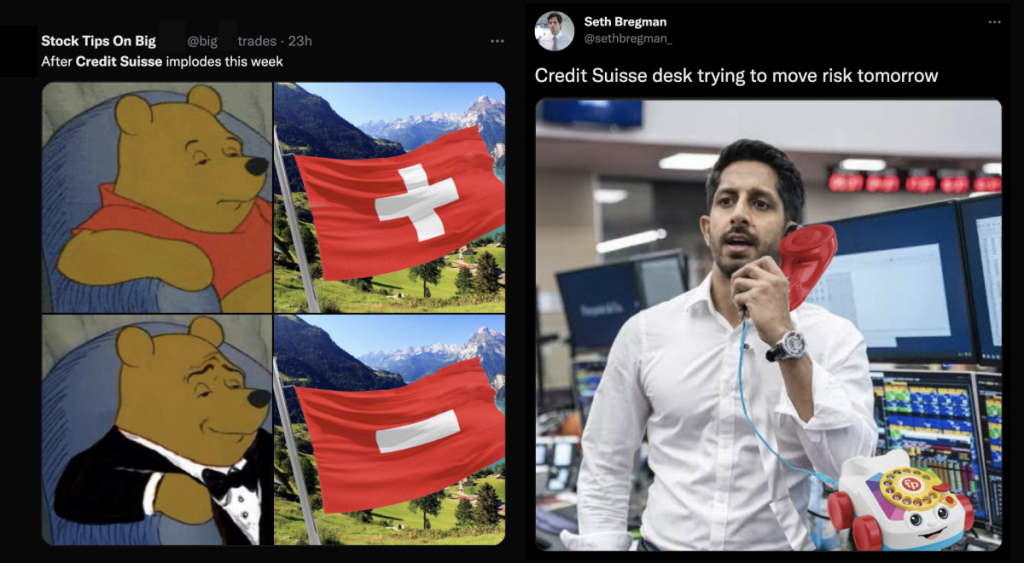