The Fed raises interest rates by 0.75% – The Average Joe

The Fed raises interest rates by 0.75% 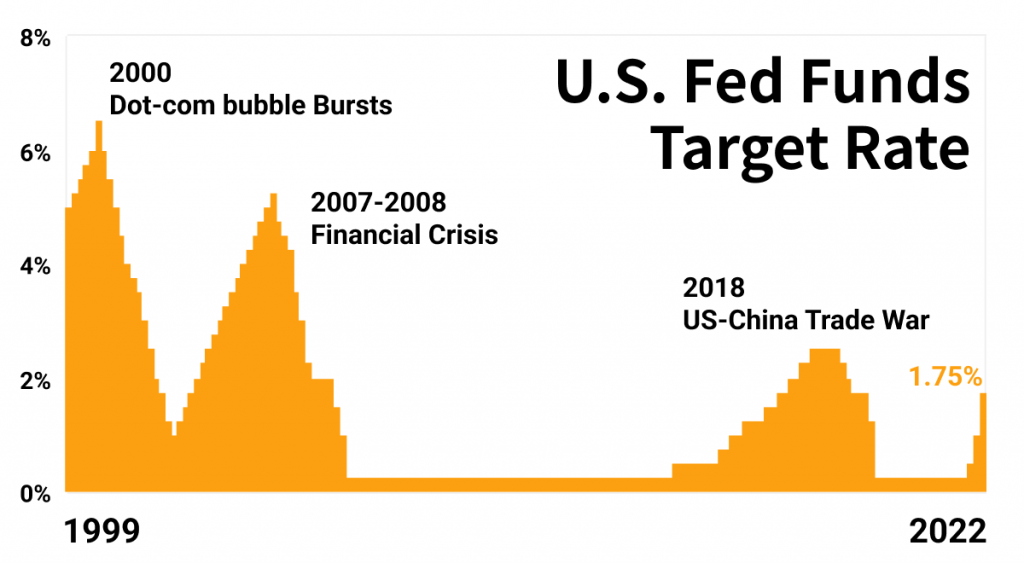 Yesterday, the Fed announced it will raise its benchmark interest rate by 0.75%, the largest increase since 1994.

What’s the big deal? The Fed hopes higher rates will cool off the ever-increasing prices you see everywhere. Markets were up on the news as the rate hike was mostly expected.

After this week’s devastating inflation report, markets largely anticipated the Fed to raise interest rates by 0.75% instead of the previously expected 0.50%. Economic projections also changed:

The impact: The benchmark interest rate is the rate at which banks lend to each other and can impact rates on credit cards, loans and mortgages. So if you have any outstanding loans — it might be a good idea to pay them down.

And if inflation ramps up even faster, could a 1% interest rate increase be possible?