The European Union is running a regionwide 15% off sale 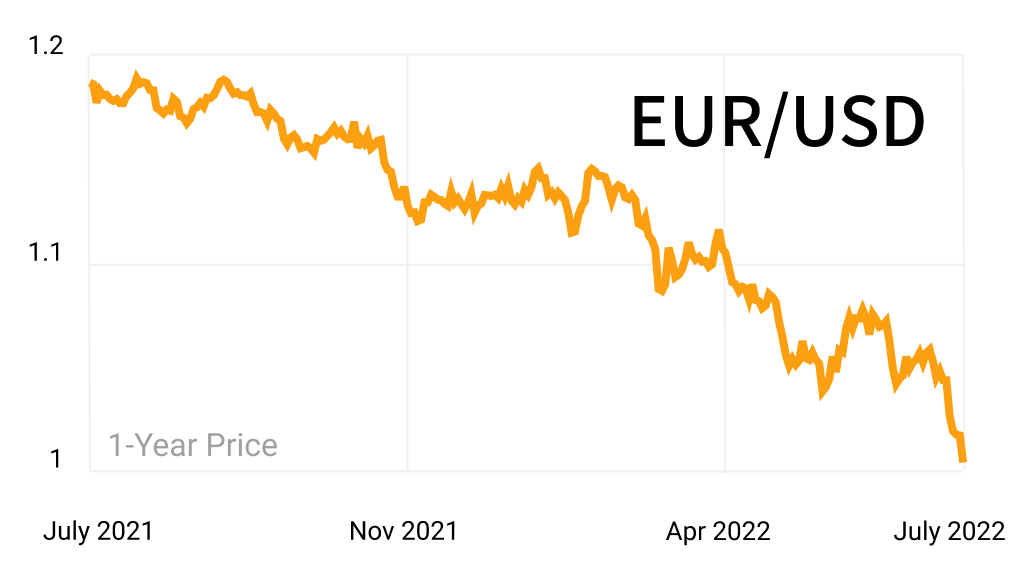 The EUR/USD hit parity for the first time since 2002, which means you can convert U.S. dollars to Euros at a near 1-1 rate.

What’s the big deal? The Euro was trading around $1.15 back in February and has plummeted since the Russian invasion.

Reasons why the EUR/USD is falling:

A country with a stronger currency is generally seen as a stronger economy. The U.S. grew faster in the first quarter of 2022, and inflation was slightly lower than the E.U. in May.

The European Union is in a tough position with the Russia/Ukraine war impacting the region — which is at risk of escalating.

Russia is threatening to reduce gas flows to Germany and other regions — making their gas shortage even worse.

How this impacts you: A strong U.S. dollar relative to the Euro makes U.S. goods more expensive — but it also makes European goods cheaper…