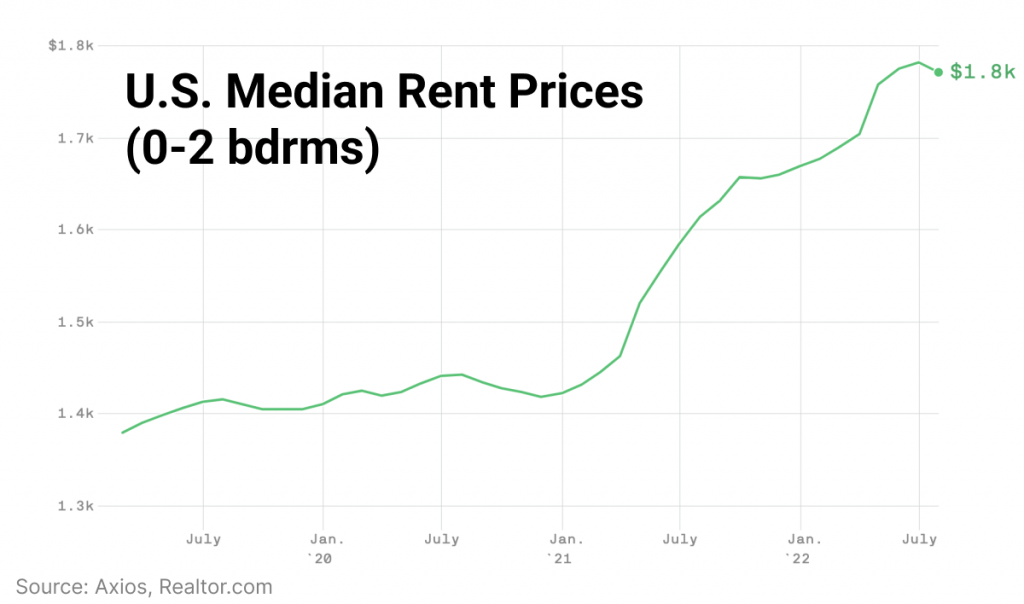 In the August inflation report, there were a few major categories that kept inflation stubbornly high: Food and housing costs.

Housing costs — which include rent — are a large portion of the inflation index (~1/3) and are a major reason why inflation is still so high.

So it’s a good thing that rent prices fell in August.

Manhattan rent prices were also flat last month — a rare occurrence since August is typically one of the highest months of activity. Data sets from other real estate companies also show similar declines.

But one month of data doesn’t indicate a trend.

This could be a head fake as higher interest rates make housing less affordable — which could continue to drive up rent prices.