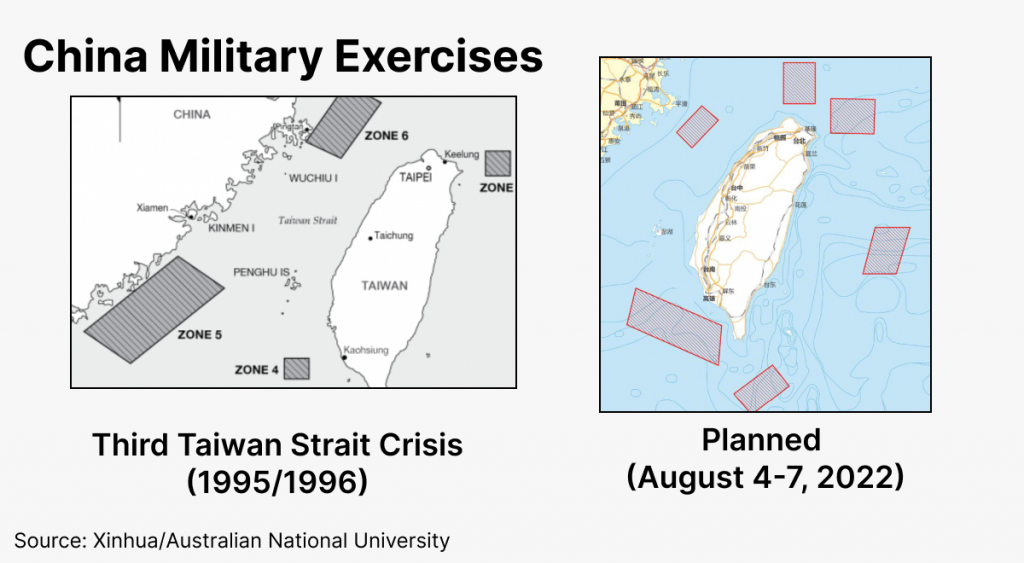 Catch up: Why Pelosi’s visit to Taiwan has the whole world on edge.

Tensions are rising globally as U.S. House Speaker Nancy Pelosi descended into Taiwan yesterday. If you were wondering, yes, she landed safely — and so far, no World War III.

Her flight to Taiwan — with over 700K viewers, was the most watched ever per Flightradar24.

Some have called her trip reckless, and Chinese publications have repeatedly warned Pelosi not to land.

It’s a delicate situation: Last week, China’s President Xi Jinping told Biden on a call, “whoever plays with fire will get burnt” — in reference to Taiwan.

But according to Control Risks’ Director of Analysis for China and North Asia — war would be “too costly from either side’s perspective” (BBG).

China’s economy is looking even more sensitive as a significant property crisis hangs over its economy.