How did the stock market perform in past interest rate hike cycles? – The Average Joe

How did the stock market perform in past interest rate hike cycles? 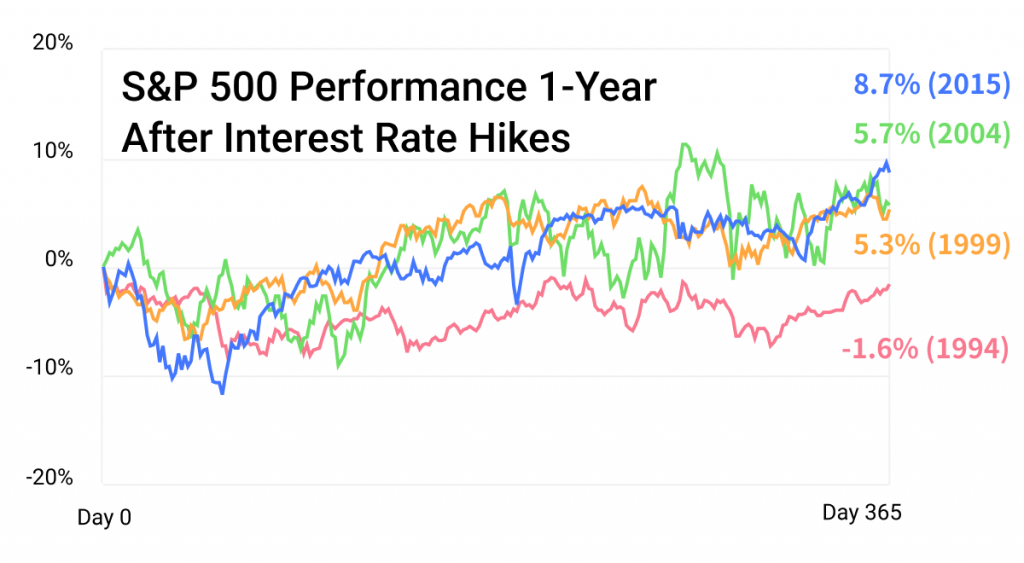 With interest rates likely coming in March, what should investors expect? Here’s how the market performed in the past four rate hike cycles…

Here are the takeaways…

So interest rates aren’t necessarily bad for the stock markets and in many cases — the Fed is increasing interest rates on the back of a strong economy (low unemployment and high growth). But this time, market conditions are very different…

The cyclically adjusted price-to-earnings (CAPE) ratio — an indicator that shows how expensive the stock market is — hasn’t been this high since 2000. When interest rates rose in 1999, the market went into a bear market within a year.

Looking forward: The market could likely go even lower from now — so expect higher volatility in the coming months. Are we going up after? No one can tell but until inflation starts to ease, a multi-year bull market will be a tough sell.