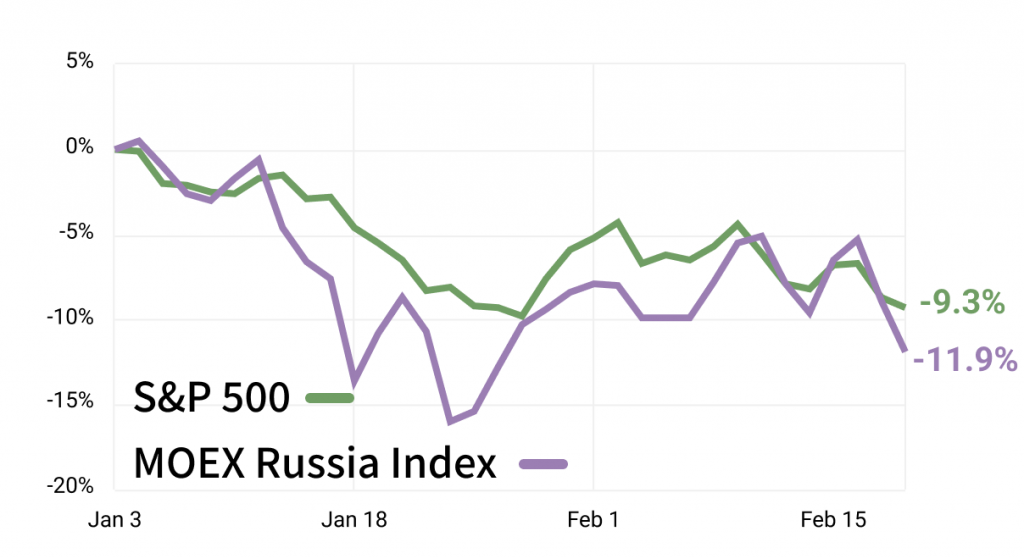 The question at the discussion of every dinner table: Is Russia invading or not?

What’s the big deal? Over 190K Russian troops are stationed by the Ukraine border — an estimate that grew from 130K two weeks ago. Here are the recent developments…

Over the weekend, France proposed a summit between the US and Russia to discuss the crisis — which the US accepted and Russia is open to — but there aren’t any concrete plans yet.

Russia still denies intentions to invade but if it does, the US will sanction plans to prevent US banks from doing business with select Russian banks

Analyst POV: Alex Barrow of Macro Ops — who spent over a decade working in intelligence — wrote a well-detailed explanation on the subject.

Markets POV: The market has no idea which direction we’re going and according to the head of macro at Lombard Odier Investment Managers (via FT):

Markets are now placing a lower probability on a 0.50% rate increase in March — a slight relief for investors.