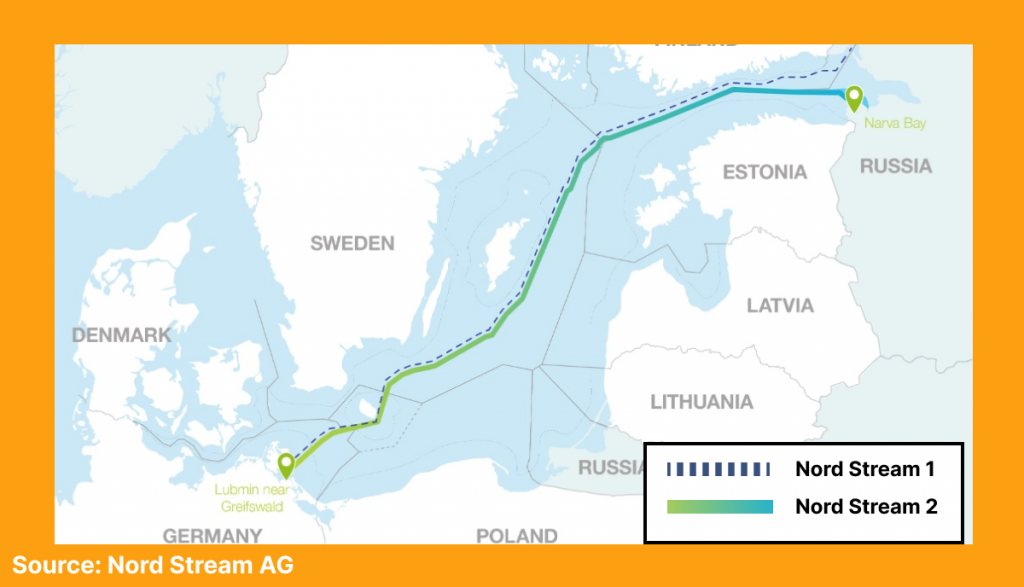 All financial eyes are on the Nord Stream 1 pipeline — Europe’s largest gas import infrastructure. Russia has the pipeline “hostage,” and one event’s outcome in seven days could send Europe into crisis mode…

All eyes are on the Nord Stream 1 pipeline, Europe’s largest gas import infrastructure.

The pipeline carries gas from Russia to Germany and is being used as a bargaining chip in the Russian/Ukraine war.

How important is it? Over 55 billion cubic meters (bcm) of gas flows through the pipeline each year (~35% of the European Union’s 155 bcm of natural gas imported in 2021).

Per Liberum Capital Head of Strategy Joachim Klement, “there simply is no substitute available for Russian gas” (BBG).

They emphasized that these are “rough approximations and by no means as a worse-case scenario.”

Many investors believe Russia will turn the pipes back on, but Germany’s energy regulator isn’t ruling out a scenario where the gas imports aren’t resumed (CNBC).