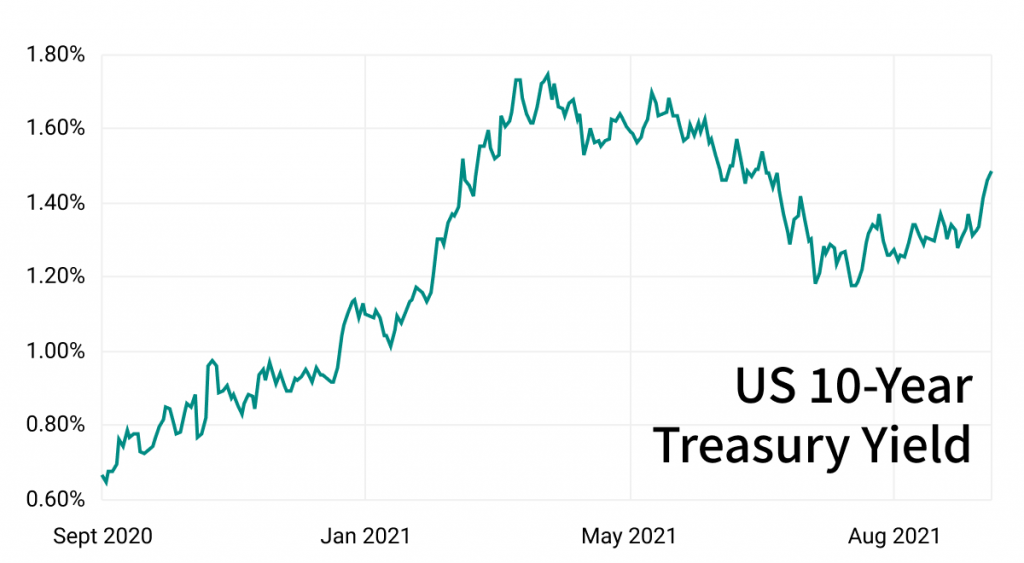 Just when you thought things couldn’t get any worse, investors were hit with another surprise — rising Treasury yields sharply sent the entire market lower.

What’s the big deal? The 10-year Treasury yield — the interest rate on government loans — is a widely used indicator of investor confidence in the economy.

Tech-heavy Nasdaq index fell 2.7% — the most compared to other indexes.

Not this again: In February, rising rates sparked the sell-off in growth stocks as rates soared to 1.75% but slowly fell back to 1.10% by August. Yesterday’s actions gave investors some PTSD:

With valuations lower, the impact on stocks may not be as traumatic as they were earlier this year.

But that depends on its direction. If the Treasury yield reaches 3%, bonds could become more attractive which could lead to more money flowing out of stocks.

Investors are repositioning their portfolio to benefit from the reopening after delays from the Delta variant: