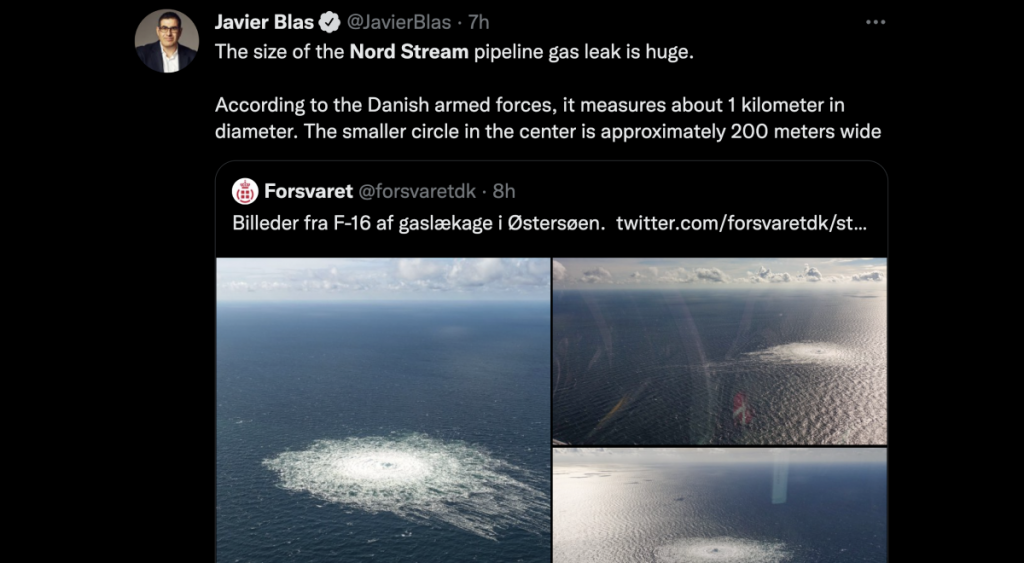 On Monday, explosions were detected at various points of the pipeline, which led to three separate leaks. The leak looks tiny in picture, but the image above shows how big it actually is.

Is the attack accidental or intentional?

Everyone is pointing fingers at each other. Russia blamed the U.S. and Ukraine — while Polish and Ukrainian leaders blamed Russia.

The attack has everyone on edge. This risks escalating the situation between Russia, Ukraine and Ukraine’s allies. It puts Europe in an even more delicate position, especially when it’s already dealing with a natural gas shortage which sent electricity prices soaring.

After the attack, natural gas prices briefly spiked 12% before falling back down. Here’s the relief: