Nancy Pelosi’s Taiwan visit has the world on edge 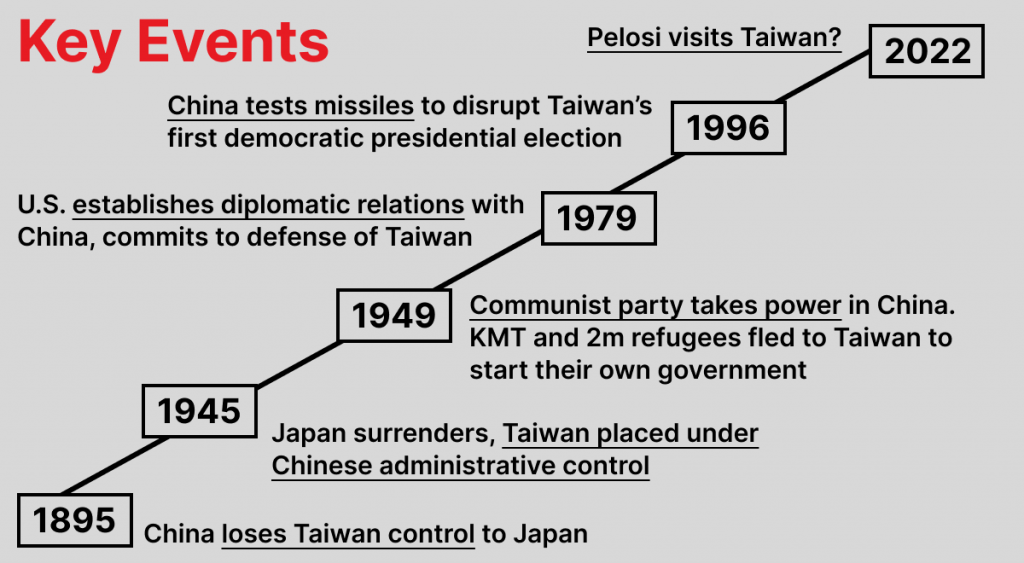 U.S. House Speaker Nancy Pelosi is expected to visit Taiwan as soon as today, and China has one message: Don’t. If the situation escalates, anything could be on the table.

First, how did we get here? TLDR (Here’s the longer version):

The U.S. and Taiwan have become closer since Trump’s administration, and political analysts are on the fence, deciding whether an invasion will happen. China isn’t ruling out using force to take Taiwan, and the U.S. hasn’t ruled out defending Taiwan.

Fast forward to today: Pelosi is planning a visit to Taiwan, and China warned of potential military action if she does. This matters because she’s…

What’s the impact of war? Per Professor of Global Affairs Hal Brands, a major war could lead to “global economic chaos” that makes “Russia’s war in Ukraine look minor by comparison” (BBG).

Investors: This is what many call a “black swan event” — a low probability unpredictable event with severe consequences. Long-term investors are often better off riding them out instead of trying to time these events.