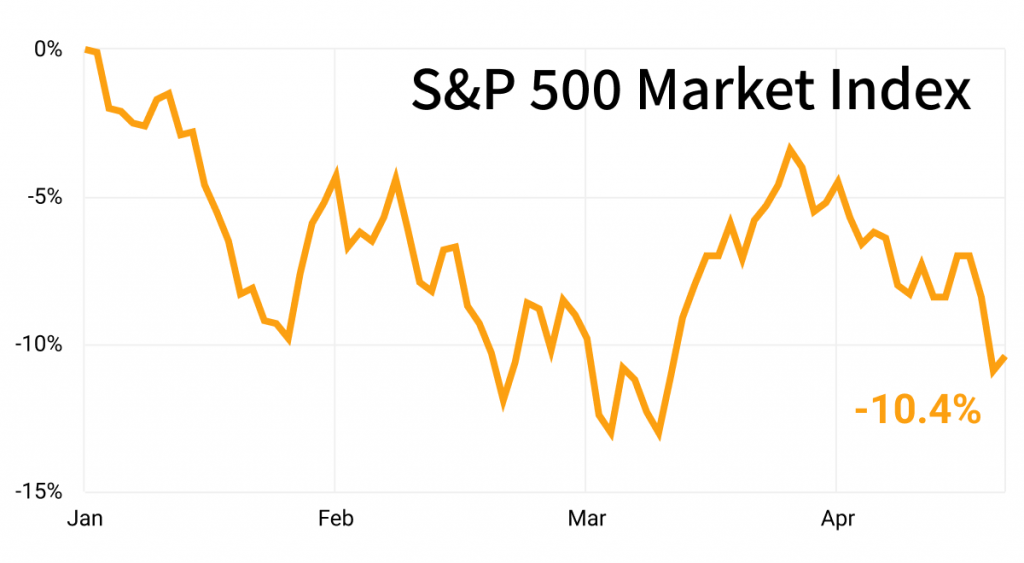 1/ Raising rates: On May 4th, the Fed will conclude their meeting with a key announcement: how much to raise interest rates.

Last week, Fed Chair Jerome Powell made his final comments before the meeting — saying it’s “appropriate in my view to be moving a little more quickly” (CNBC).

2/ China lockdowns: It’s been nearly a month since the zero-COVID policy China implemented strict lockdowns on Shanghai. Markets have fallen over fears that the contagion is spreading to other regions.

Hiding spots: According to Morgan Stanley strategists, “the market has been so picked over at this point, it’s not clear where the next rotation lies” (BBG).

They think the next move could be a sharp drop — but sees potential for pharma/biotech to outperform.