Markets were a disaster in September, here’s what October is looking like… – The Average Joe

Markets were a disaster in September, here’s what October is looking like… 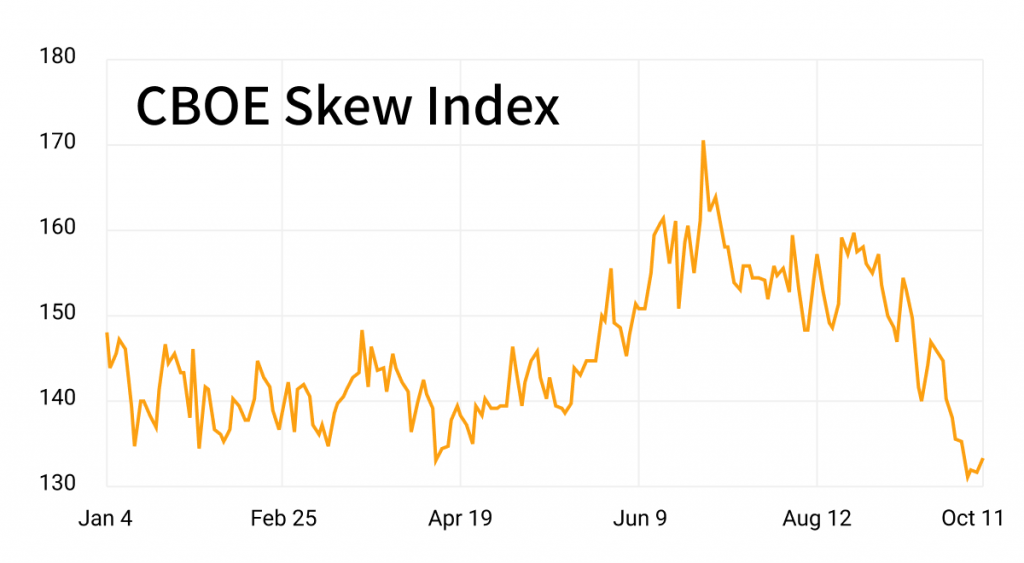 September was a disaster for investors, but October is shaping up to be a better month…

What’s the big deal? In one area of the market, investors are betting that the worst of the recent market sell-off may be over…

The demand for options that protect investors if the market moves down has dramatically fallen. This signals investors aren’t as worried about major market corrections compared to July-September — when the index measuring the demand was near record highs.

Market sentiment changed significantly in the past two weeks, when two potentially devastating events were the topic of conversation:

Of the 11 sectors making up the S&P 500, the tech sector had the highest number of companies expecting better numbers.

Common consensus: Goldman and JPMorgan advised their clients to buy the dip after the recent pullback — among other bullish investors. But don’t get too comfortable.