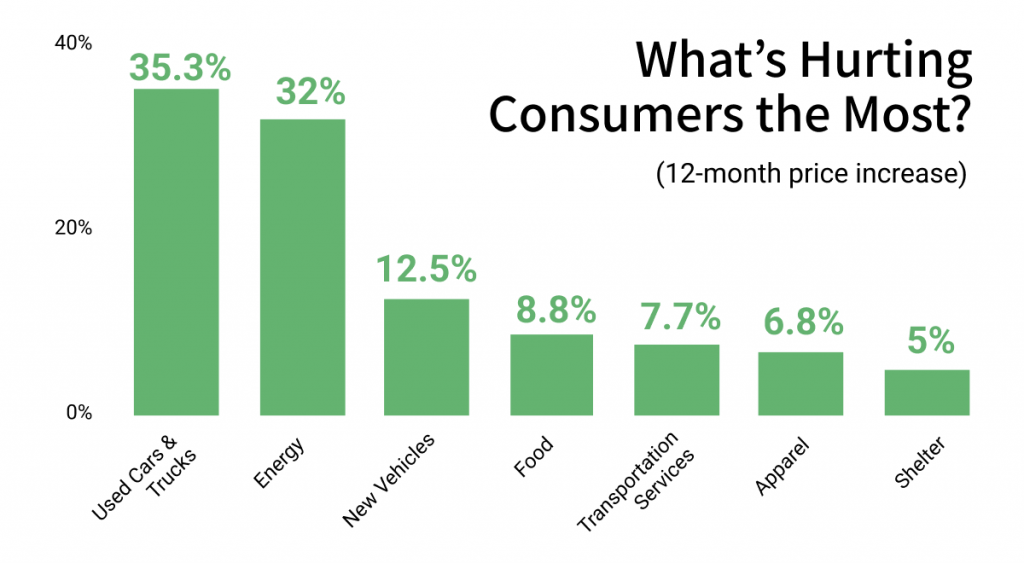 The war on Ukraine had a significant impact on gasoline prices which made up half the monthly increase.

But what happens when we exclude gas prices from the count?

It looks much better: Core inflation — which excludes volatile food and energy prices — increased 0.3% in March compared to the previous month.

Markets briefly jumped on the prospect of lower inflation — but the market excitement was short-lived — as major US stock indexes finished negative for the day.

Unfortunately, our actual earnings — which are only up 5.6% from a year ago — are still struggling with inflation.

Looking forward: Inflation is still significantly higher than the Fed’s 2% target — building the case for the Fed to aggressively raise interest rates this year.

So far, the market is pricing in three 0.50% rate increases this year — with the first likely coming in May. But if demand for goods falls, the Fed may not need to increase interest rates as aggressively, per Bloomberg economists (BBG).