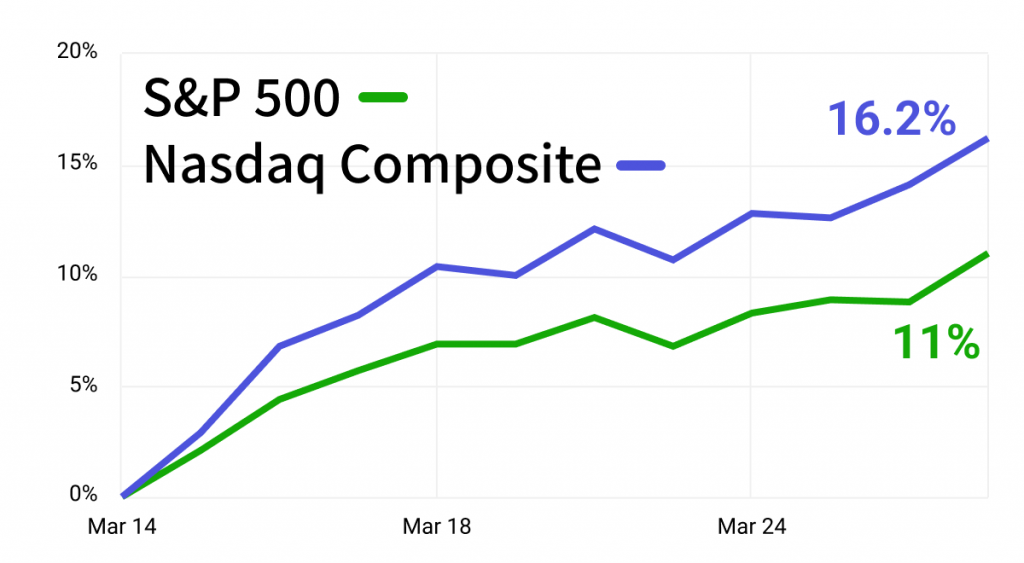 Markets are rising and meme stocks are pumping — nature is healing.

What’s the big deal? The war in Ukraine has raged on for over a month and now cease-fire negotiations are advancing further with positive developments.

The news sent the broad market soaring — with the S&P 500 now down just 4% in the year after being down as much as 13% last month.

Risk-on: Meme stocks have soared with a strong rise in options trading volume — suggesting “the most speculative retail crowd on WallStreetBets” is chasing the rebound per Giacomo Pierantoni of Vanda Securities (via BBG).

The optimists: JPMorgan analyst, Marko Kolanovic thinks there’s “too much negativity” in markets and sees reasons to be optimistic (via BBG):

Companies have a low bar for the upcoming earnings season starting in a few weeks — but positive economic developments could “translate into earnings surprises” per JPMorgan’s team.

Stay cautious: It may be too early for investors to let their guards down. Recession fears loom — as the Fed is expected to aggressively increase interest rates for the remainder of 2022…