Inflation is slowing, but don’t get too excited – The Average Joe

Inflation is slowing, but don’t get too excited 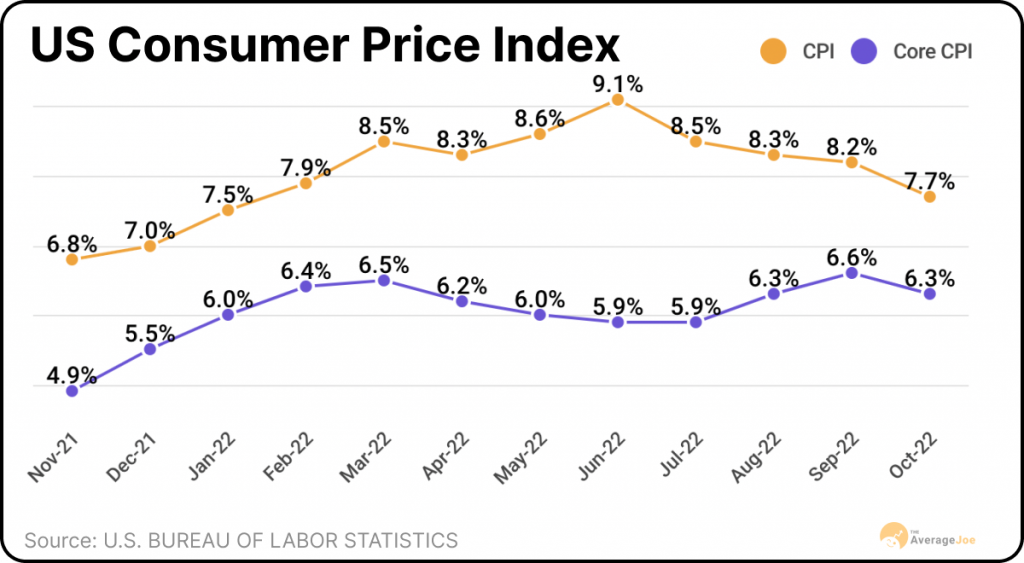 Compared to the previous year:

The monthly increase was 0.4% (CPI) and 0.3% (core price). All numbers were better than what economists expected.

Come December, The Fed will increase interest rates by 0.50 percentage points or 0.75. The data allows the Fed to raise rates by a lower amount — but will they?

If they do raise by 0.50, investors may get an early Christmas present — the year-end rebound we’ve been waiting for.

“One data point doesn’t make a trend. What we have to hope for is we get another downtick [in CPI] with the next report.” — Randy Frederick of Charles Schwab.